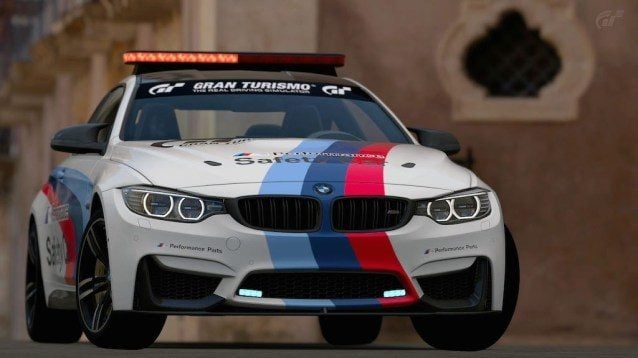 As most readers will recall, a new Safety Car based upon a special edition of the BMW M4 was announced for Gran Turismo 6 a few weeks ago. Many of you were quick to notice, however, that the car shown in the screenshots did not contain a flashing LED light bar on the roof, as could be seen on the real car which BMW debuted at SEMA the following day. 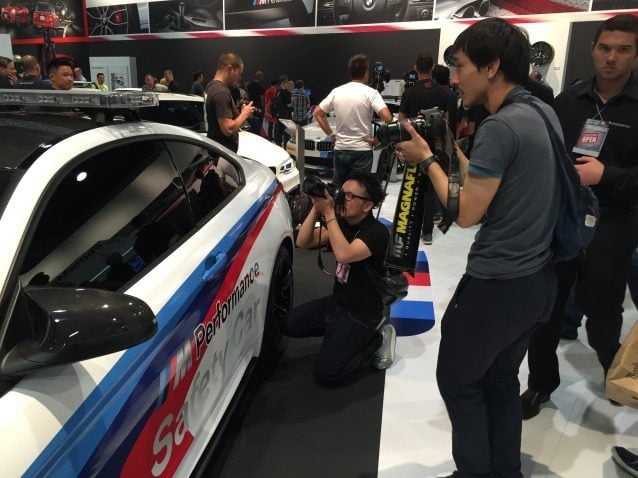 The Polyphony Digital car modeling team, who was at the SEMA show, went straight to work, taking hundreds of photographs and scanning the new attachments. I had the pleasure of watching them work, carefully capturing every angle and texture of the lights.

And now, today, Polyphony has just confirmed that both the light bar and front grill lights will be available for the car when it arrives in the next GT6 update. They have also provided more details on a second set of aerodynamic parts for the M4, including a new front lip spoiler and racing rear diffuser.

The next GT6 update will also feature new time and drift trials with the M4 at Daytona Road Course (night) and Madrid, respectively.