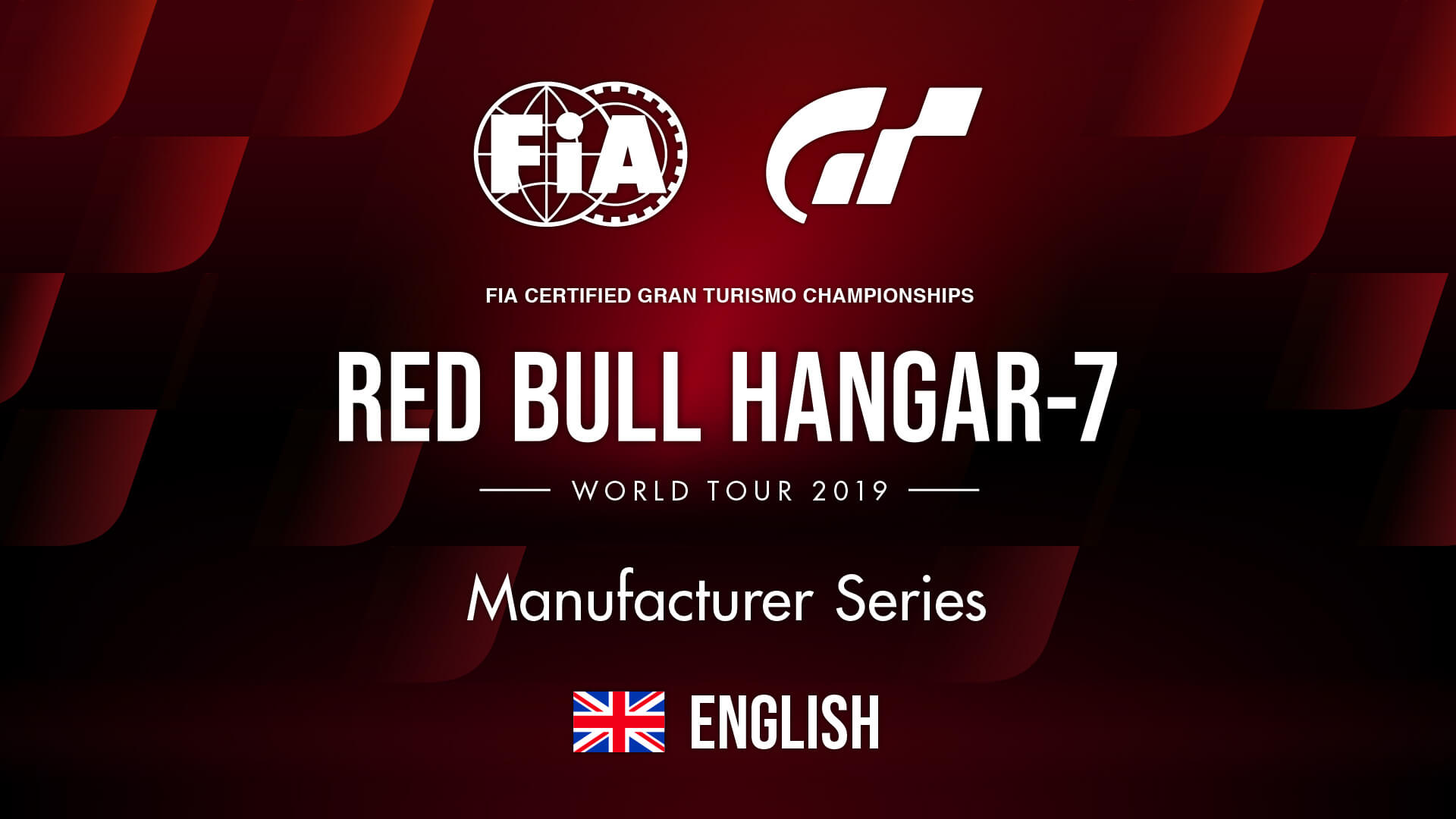 A year on from the last exhibition event on the GT Sport World Tour, Sony and the FIA are returning to Salzburg for more meaningful affairs.

The action gets underway on Friday evening local time, with the Manufacturer Series. Incredibly, there’s been a different champion team at each of the World Tour manufacturer events since they started in anger. Lexus is of course the reigning champion brand, after its victory in Monaco last November, but three more teams have taken a title since then.

Aston Martin took the top step in Paris, with Toyota knocking it off again in Germany. Mercedes finally managed a win of its own in New York. 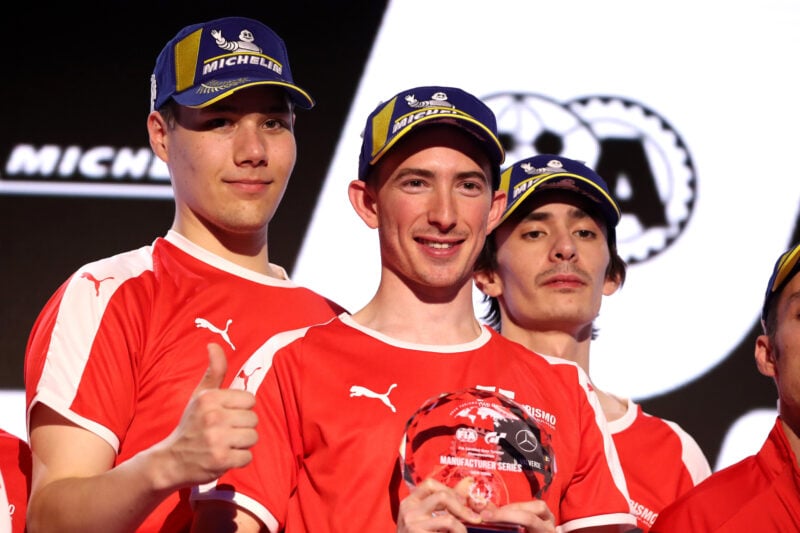 Two thirds of the winning Mercedes team returns for Salzburg, with only Bernal Valverde missing — replaced by Tom Lartilleux of France. That trio will have to be among the favorites for the event, simply for the continuity of the outfit and star man Latkovski’s pace.

Elsewhere, BMW might be a team to watch. It’ll include perennial BMW driver, pole position specialist, and first name confirmed for the Monaco grand final Nicolas Rubilar. Sitting alongside him will be Coque Lopez, one of our picks for another Monaco spot.

We’re also looking at Lexus to reclaim its position, with Andrew Brooks, Baptiste Beauvois, and Adriano Carrazza on driving duties. Don’t count out sister brand Toyota either, as Simon Bishop — the driver whose nerves of steel saw the marque win under immense pressure in Germany — returns. He’ll be joined by Tomoaki Yamanaka and Manuel Rodriguez, which would already be a pretty tasty driver pairing.

Unlike earlier versions of the series, there’ll be two races at the Salzburg event. Both will feature all three drivers and mandatory driver swaps, with a race at the Red Bull Ring in the wet, followed by a double-points race at Circuit de Spa-Francorchamps. 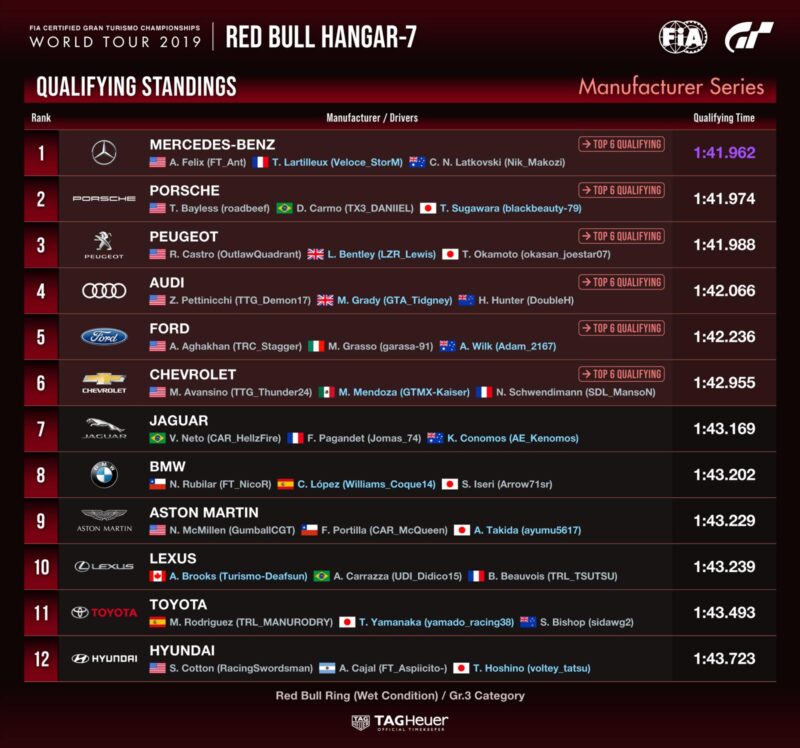 Following a qualifying session earlier in the day which saw Mercedes on top again (results above), there’ll be a top six superpole shootout to determine pole position ahead of Friday’s races. The action gets underway at 1700 UTC (convert to your time here).