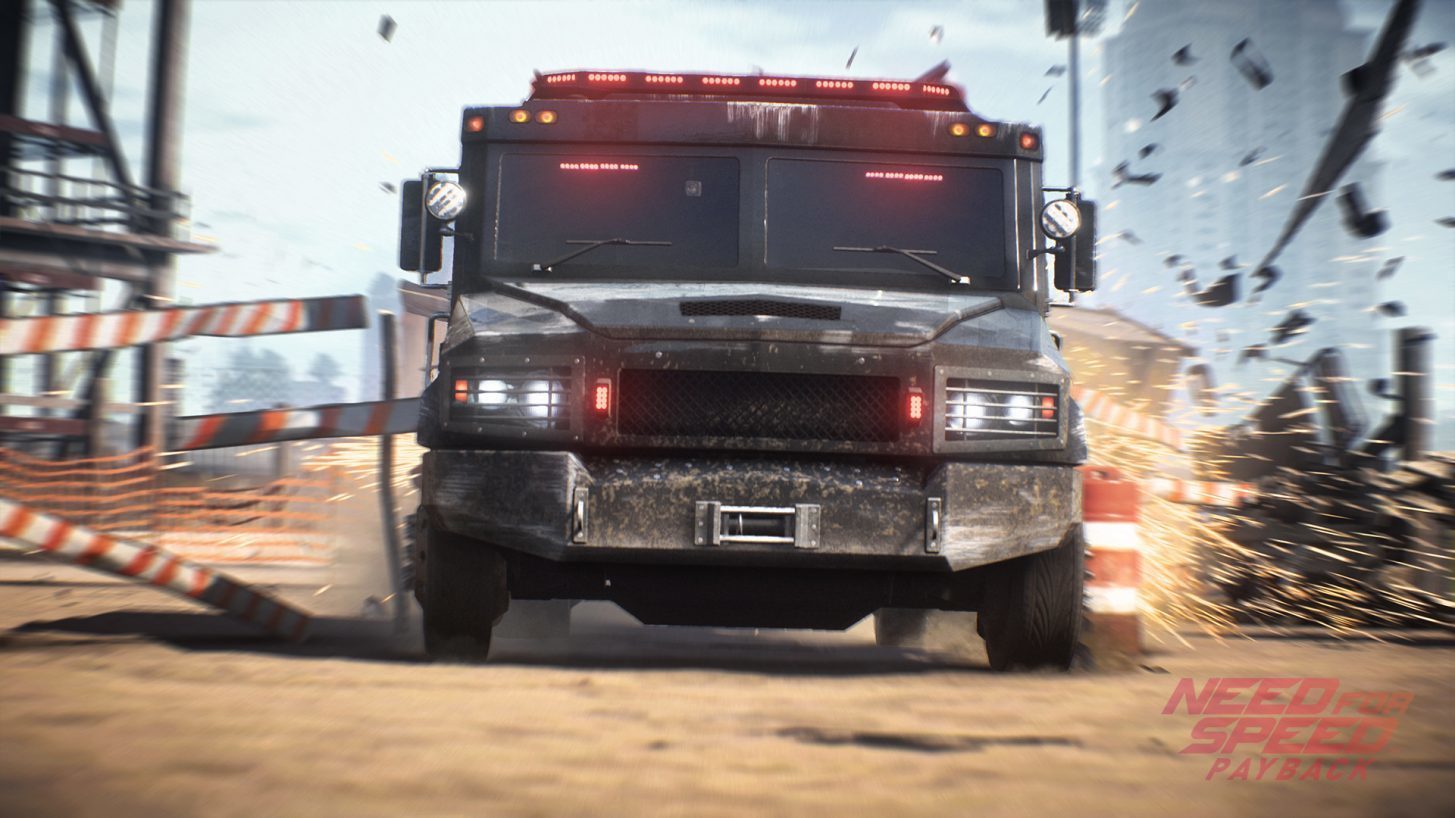 Electronic Arts and Ghost Games have celebrated Gamescom with the release of a new Need For Speed Payback trailer. Shown off during EA’s presser at the event, this trailer focuses on high speed pursuits. NFS 2015 attracted a bit of ire thanks to the bland police chases featured — Payback is aiming to fix this.

Return of The Rhino

The trailer kicks off at the end of a street race. Our protagonist is talking to a character named Mac, who seems to be a spotter of some kind. As is often the case with these types of race, the fuzz appear and this is where the exciting part kicks in.

Driving the newly announced BMW M5, our hero is chased alongside two other racers — a Mitsubishi Evo and Mercury Cougar. We get a further glimpse of the title’s customization features as each car shown is tricked out accordingly.

Its immediately apparent that the police in this game are a lot more varied compared to the 2015 outing. The classic Crown Victoria is here, so is the Chevrolet Corvette, but there’s only one real star of the show and it’s one NFS fans have been waiting for.

The Rhino is back. Infamous for being the scourge of street racers in previous titles, we get a good look at its latest iteration. It appears shortly after some sort of EMP device is deployed onto the player’s car — yes, really — stopping it dead in the process. With the M5 unable to move, the camera cuts to the large, intimidating off-road vehicle screaming through the construction yard. The trailer seems to suggest that the Rhino will be a “last resort”-type approach for the cops.

It’s still early to assume Payback has fixed 2015’s boring cop chases but it seems progress is being made. Sure, the dialog is slightly cringe-worthy but that’s to be expected with one of these revenge stories NFS loves so much. Gamescom has just kicked off and we’ll be reporting the latest on Need For Speed Payback as it comes in.

Andrew Evans · Aug 22, 2017· Comments
If you like your racing game action well onto the arcade patch of the Venn diagram of driving, October looks set to be a decent month for you. Need for Speed Payback, the 2017 release from Ghost Games, will head to PlayStation Plus as one of the month’s two free games.

Kyle Patrick · Aug 22, 2017· Comments
If you’ve been driving around Fortune Valley looking for something new, you’re in luck. The Need for Speed Payback June update landed earlier this week, and it brought a variety of new content to the game.

Brendan Rorrison · Aug 22, 2017· Comments
Ghost Games has detailed the latest update for 2017’s Need For Speed Payback. Among a host of gameplay changes, some new content will arrive for players with both paid and free additions arriving next month.

Kyle Patrick · Aug 22, 2017· Comments
A new update has touched down for Need for Speed Payback today. Alongside multiple fixes and changes to the game itself, it introduces two DLC vehicles that should be plenty familiar to movie fans.

Joe Donaldson · Aug 22, 2017· Comments
The highly requested online free roam is now available for Need for Speed Payback in its latest update. Dubbed “Alldrive: Hangout”, this new feature allows gamers to cruise the streets of Fortune Valley with their friends.

Kyle Patrick · Aug 22, 2017· Comments
The folks at Ghost Games rang in the new year with Need for Speed Payback news. As it turns out, a fan-favorite feature is returning in the form of online free roam.

Brendan Rorrison · Aug 22, 2017· Comments
Ghost Games has detailed the first big content update coming to Need For Speed Payback, with the open world racer adding a host of free and paid content next week. Let’s break down what players should expect on December 19.

Joe Donaldson · Aug 22, 2017· Comments
The latest release from the long-running Need for Speed series is here. With plenty of action, Payback looks to entice gamers through street racing and in-depth customization.

Kyle Patrick · Aug 22, 2017· Comments
After an insanely busy couple weeks in the world of sim racing, Ghost Games has revealed the full car list for its arcade racer, Need for Speed Payback.