In an interview with IGN, Sony’s President of Worldwide Studios, Shuhei Yoshida, made some interesting statements in regards to the future of the Gran Turismo series on the PlayStation 4 and PlayStation Vita.

“The PS Vita is a very powerful portable system,” Yoshida told IGN, “but not quite as powerful as PS3. As you can tell looking at GT6, it really is using PS3 to a very high level. So it’s going to be really hard to move GT6 onto PS Vita.” 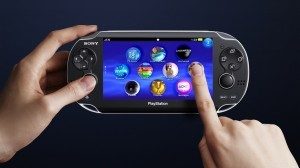 Yoshida goes on to say there are “no clear plans” on bringing the game to the Vita, but didn’t completely rule out the possibility of mobile GT game-play in the future.

“Polyphony is focused on getting GT6 down for PS3 now, and they will look at how they can leverage PS Vita going forward, especially when – or if – there is a PS4 version, you can play the PS4 version on the PS Vita via remote play as well.”

The PlayStation 4’s “Remote Play” feature, which was revealed during the segment of the PS4 announcement embedded below, will allow gamers to “stream” and play games directly from their console to their Vita hand-held device.