A “Nurburgring Special Edition” of Gran Turismo 5 Prologue is on display at the 24-hour endurance race of the Nurburgring Nordschleife. As one of the most popular circuits in Gran Turismo 4, there is perhaps no other track that Prologue owners want more. Here’s a few shots of Nurburgring Special Edition in action (taken by Oliver Wegen of ringfotograf.de), along with video of a complete lap. Check out the rest of the images here. 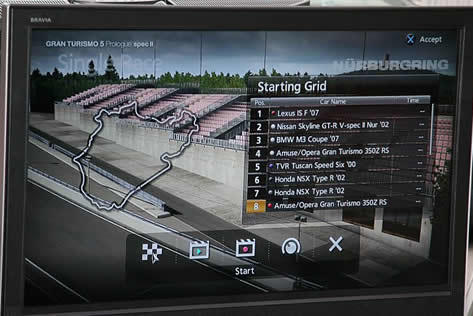 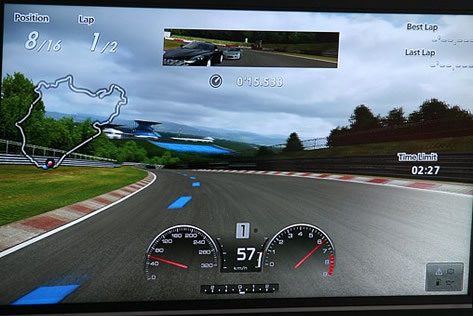 Of course, many people have begun speculating that the circuit will be available to download soon, but this may be a bit optimistic. Closer inspection of the screenshots reveal that no changes have been made from the Gran Turismo 4 version of the circuit – it’s the same “place” in high-definition. It is unlikely that Polyphony would release the circuit to the public without bringing the visual details up to par with the others in Gran Turismo 5 Prologue. It is also unlikely that a Prologue edition of the game, only intended to be a preview of things to come, would include such a highly anticipated part of the series. What do you think?

Gran Turismo Sport 795 Jan 18 by Andrew Evans
There’s a new set of GT Sport Daily Races this week, to tide us all over while we’re waiting for the next FIA season to start. The options are relatively…

Gran Turismo Sport 1791 Jan 17 by Andrew Evans
Polyphony Digital has announced that its flagship FIA Gran Turismo Championships series will return for another season in 2021. The announcement confirms that the championship will continue into its fourth…

Gran Turismo Sport 239 Jan 14 by Andrew Evans
The first new GT Sport Time Trials of the year are with us, and there’s something a little different to try for the next couple of weeks. Though “Gr.3 Super…

Gran Turismo Sport 795 Jan 11 by Andrew Evans
GT Sport fans have a new set of Daily Races to occupy them over the next seven days, with a couple of old favorites and combinations we’ve not seen in…

Gran Turismo Sport 795 Dec 28, 2020 by Andrew Evans
The last set of GT Sport Daily Races for this year is heading to the real world, and taking players to some of the game’s destinations around the globe. Race…