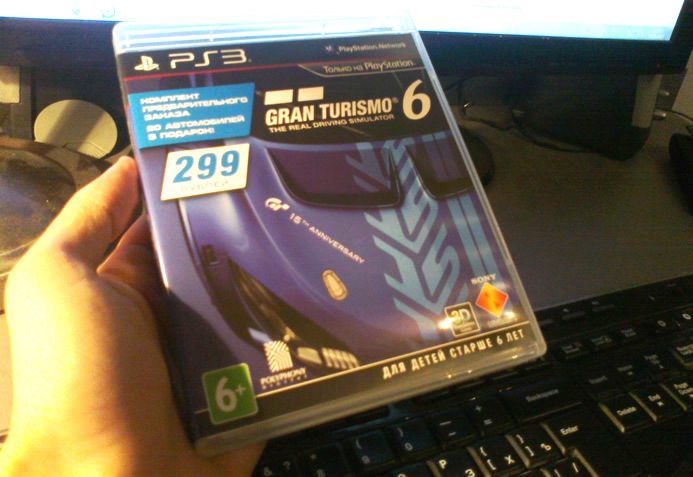 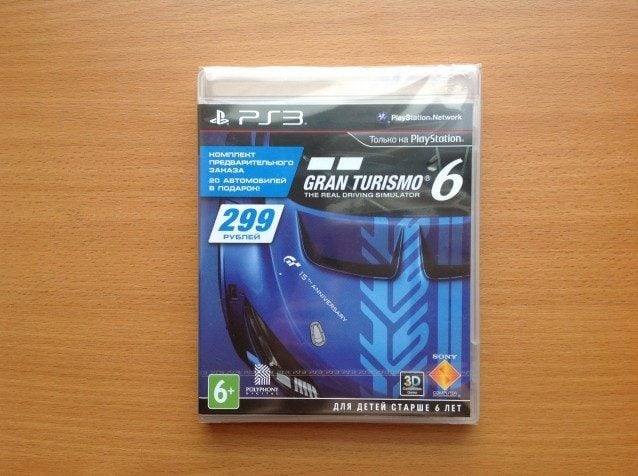 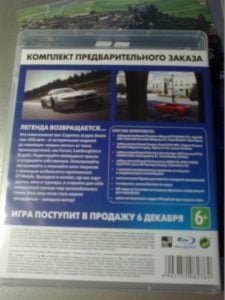 “Rage Racer”, another Russian GTPlanet community member picked up his pre-order package in Moscow yesterday, and shared pictures of the items here in our forums.

The package includes the game box itself (without the actual game disc, of course), the back of which contains some interesting comments, as translated by Rage Racer.

Notably, it highlights GT6‘s still-mysterious Course Maker, stating that players can “edit existing tracks” and “create your own”. Another sentence says “the whole world is waiting to become your autodrome [race track],” which could be an allusion to potential Course Maker functionality.

The game’s accompanying mobile apps are also discussed, which will apparently allow players to “view, tune, and edit their creations” on the go.

UPDATE: More pictures of the pre-order pack are available from Dionisiy here. However, the validity of the statements on the box has been called into question by GTPlanet member SpartanUK, an anonymous insider from within Sony.

GT6 Pre-Order
The original comments for this post are no longer available.
Can You Beat the Impossible Gran Turismo Quiz?

Gran Turismo Sport 63 Feb 18 by Andrew Evans
Polyphony Digital boss Kazunori Yamauchi has revealed some interesting facts about the relationships between Gran Turismo and the car manufacturers who appear in the series. Speaking to Australian media in…

Gran Turismo Sport 1586 Feb 17 by Andrew Evans
GT Sport‘s first World Tour event of the year is still fresh in our minds, but already it’s time to prepare for the next stage. The Pre-Season for 2020 FIA…

Gran Turismo Sport 585 Feb 17 by Andrew Evans
This week’s GT Sport Daily Races will take you to some tight and twisty real world circuits, in the UK and Japan. The UK’s representative is Brands Hatch for Race…

Gran Turismo Sport 221 Feb 15 by Andrew Evans
Polyphony Digital has revealed another new car on its way to GT Sport soon, and it’s a vehicle with quite some history. Aston Martin’s DBR9, a GT1-class race car that…

Gran Turismo Sport 470 Feb 15 by Jordan Greer
The BMW team of Nicolas Rubilar, Coque Lopez, and Randall Haywood put on a dominating performance at the first Gran Turismo World Tour event of 2020. Starting on pole in…