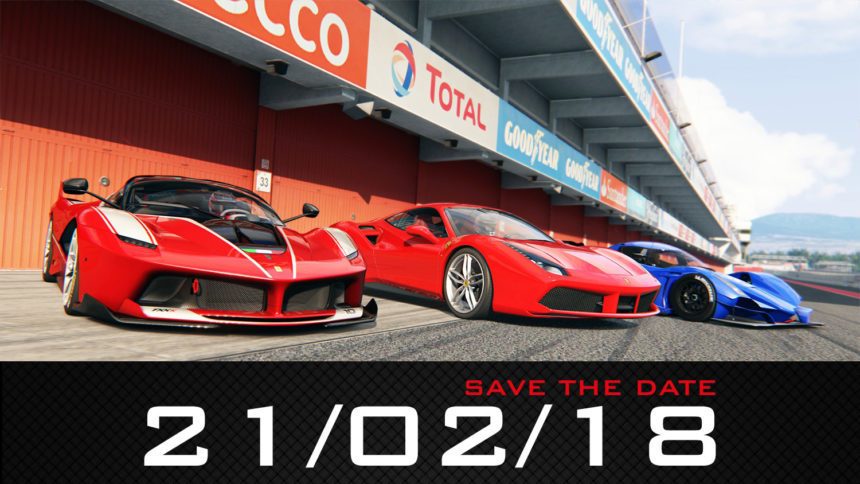 “Something Big” Happens With Assetto Corsa on February 21

News of an Ultimate Edition isn’t the only Assetto Corsa development today. Kunos Simulazioni is teasing “something big”, and it lands on the official website in seven days.

Heading over to the Assetto Corsa website, players will find a big red banner with a countdown timer. The end point is 1500 CET next Wednesday, though here in the Eastern time zone, it’s counting down to 1400 local. Either way, Wednesday it is.

There’s no other info to go on, which leads us to speculation. It’s a strange time in Assetto Corsa’s life: there’s been no hints upcoming DLC (if Kunos plans any). Typically, a member of the team provides fans with an inkling of what’s next in terms of the car and track roster. But with Bonus Pack 3 out in the wild, that hasn’t happened in months.

The other possibility is Assetto Corsa Competizione. We took a look at the sneaky domain registration for that name last week, and it certainly seems like it could be tied to this countdown. Could it be a new title entirely? An esport event, since they’re all the rage these days?

We’ll find out in a week’s time.

Kunos Simulazioni
120 Comments Discuss this post in our forums...
Test Your Badge Knowledge With Our Car Logo Quiz