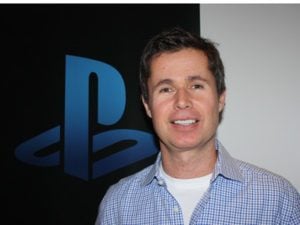 Comments made by Sony’s Computer Entertianment Europe’s Senior Vice President Michael Denny have been gathering quite a bit of attention over the last 24 hours, and for good reason.

In an interview with Silicon Republic, he casually suggests that Gran Turismo 6 will be released on the PlayStation 3 console:

“Look at the games coming out on the PlayStation 3 like The Last of Us, Beyond: Two Souls, GT6, and then on the third-party side of things another fantastic Assassin’s Creed, GTA,” Denny listed. “It’s important for our content to have that kind of longevity because, as I was saying [about the PS Vita], the games that come through are going to get better and better over time.”

As the company’s highest-selling first-party series (Michael Denny himself has described the series as “THE PlayStation franchise” and “our flagship title”), it would be quite awkward for the next “flagship title” to be released on the aging PS3 as the company shifts its promotional and marketing efforts towards the PlayStation 4.

It is worth noting the two first-party titles he mentioned in his comments: The Last of Us, and Beyond: Two Souls, have both been formally announced with confirmed release dates in 2013. Gran Turismo 6, meanwhile, remains a secretive project that few within the company will talk about in any degree of detail.

As always, head over to our Gran Turismo 6 forum for more discussion and debate.