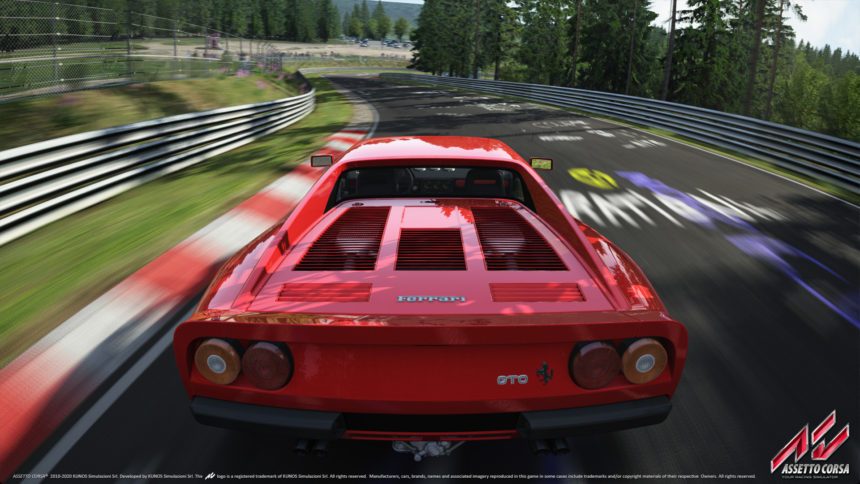 Players loading up Assetto Corsa on PlayStation 4 earlier this week found an unexpected surprise. It seems Kunos Simulazioni has quietly released another update for the title, adding new events alongside other fixes.

The 1.22 patch, it’s safe to say, is a good sort of surprise. Despite Kunos announcing that development for the original game was complete, this is actually the second patch to arrive on consoles since. The last one arrived alongside the full-kit Ultimate Edition, bringing original players level with those buying the new collection.

This latest patch fixes additional issues, but most importantly introduces events for Bonus Pack 3. A free add-on for all platforms, the seven-car pack landed on PC in the final days of 2017. It then came to PS4 mid-February, with the XB1 version arriving two weeks later.

Players will find a dozen new Special Events, all starring one of the following cars:

Like the previous situation, it looks like Sony players have access first. At the time of writing, the Xbox version of Assetto Corsa is sitting at 1.20.

It’s great to see Kunos still improving Assetto Corsa. The team’s next project will be Assetto Corsa Competizione, the official sim racing title of the Blancpain GT series. It will introduce a variety of features to the franchise, including dynamic time and weather. Judging by the latest (very pretty) screenshots, it could be an impressive entry in the genre when it hits Steam Early Access later this year.

Assetto Corsa Game Updates
29 Comments Discuss this post in our forums...
Test Your Badge Knowledge With Our Car Logo Quiz