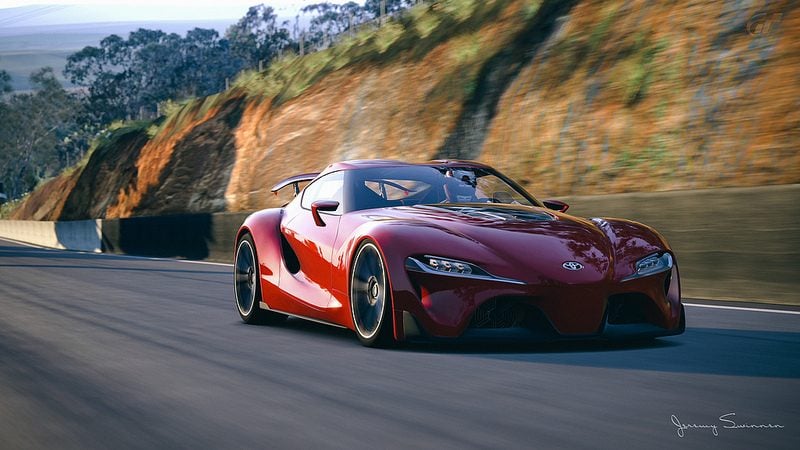 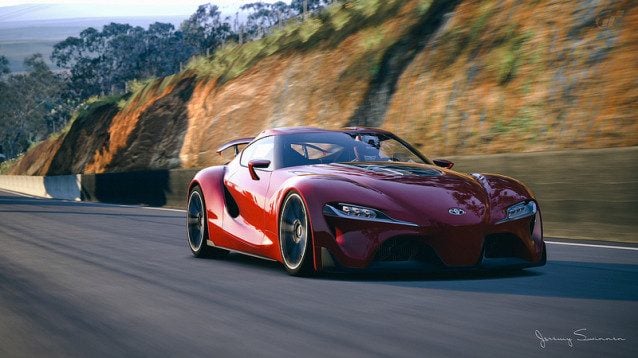 The Toyota FT-1 Prototype caused quite a stir when it became available to drive in GT6 simultaneously with its public reveal at the North American International Auto Show back in January. 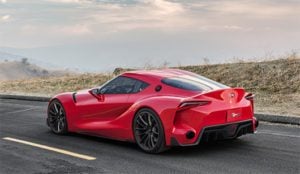 Due to the overwhelmingly positive response the car has received, Toyota is reportedly taking the first serious steps to bring the FT-1 to production.

According to the July issue of MotorTrend magazine, Toyota has ordered a second model to be built in another color, and is looking to include a wide-body racing version of the car in GT6. They are also reportedly targeting the in-game specs for the production car, at 2,900 lbs. and producing 485HP.

The FT-1 Concept has always been closely linked with Polyphony Digital and the Gran Turismo series, and may even owe its existence to the game after impressing Toyota president Akio Toyoda in GT6:

“Toyota executives were offered the opportunity to take FT-1 for a timed lap around a computer-generated Fuji Speedway. Behind the wheel of the concept, Toyota president Akio Toyoda, an accomplished race car driver, completed the virtual circuit faster than his best real-world lap time at Fuji in his LFA. From that moment, he was convinced and the concept was approved to be built in model-form for the international auto show circuit.”

Jay Leno recently had a chance to check out the real-world model of the car. Check out his impressions below:

RumorsToyotaToyota FT-1
The original comments for this post are no longer available.
Can You Beat the Impossible Gran Turismo Quiz?

Gran Turismo Sport 14 Feb 26 by Andrew Evans
The next content update for GT Sport is on its way, and Polyphony Digital has released the official, reveal-all trailer. As revealed over the weekend, the keyword for 2020 is…

Gran Turismo Sport 427 Feb 24 by Andrew Evans
For this week’s GT Sport Daily Races you’ll be heading to two racing circuits on opposite sides of the Pacific Ocean, and indulging in a spot of street racing. Race…

Gran Turismo Sport 455 Feb 23 by Michael Leary
Last month, GT Sport players went without any new content. While Updates 1.54 and 1.55 arrived in January, both focused on bug fixes and system tweaks. The last major update to…

Gran Turismo Sport 1951 Feb 17 by Andrew Evans
GT Sport‘s first World Tour event of the year is still fresh in our minds, but already it’s time to prepare for the next stage. The Pre-Season for 2020 FIA…

Gran Turismo 7 128 Feb 17 by Andrew Evans
Kazunori Yamauchi has made some interesting comments about the future direction of Gran Turismo’s graphics. The Polyphony Digital studio boss has suggested that frame rate, rather than display resolution, may…

Gran Turismo Sport 427 Feb 17 by Andrew Evans
This week’s GT Sport Daily Races will take you to some tight and twisty real world circuits, in the UK and Japan. The UK’s representative is Brands Hatch for Race…