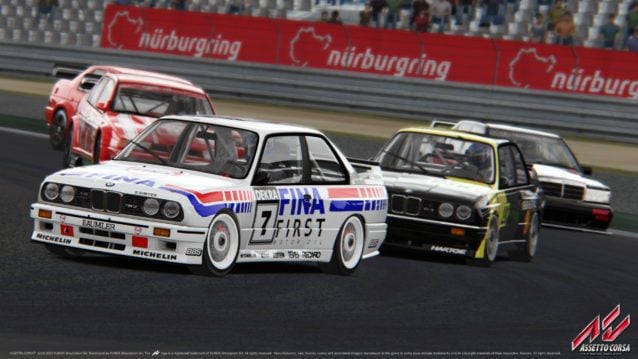 The end of the year is fast approaching, and that means a whole lot of best-of lists are about to hit. The Game Awards already got their presentation out of the way (awarding Forza Horizon 3 the best sports/racing title), and now Red Bull has announced the winner of its Readers’ Racing Game of the Year poll: Assetto Corsa.

It was a hard-fought battle for Kunos Simulazioni’s track-based racer, as it narrowly beat Codemaster’s DiRT Rally (29% of the votes versus 27.2%, respectively). In a distant third place came Forza Horizon 3, grabbing around half the votes that DiRT Rally mustered. For the full list, head on over to the Red Bull blog.

No doubt helped by strong word of mouth and a substantial DLC program that includes that three separate Porsche packs (the third of which arrives this coming Tuesday), the victory was welcomed by Marco Massarutto on the official Assetto Corsa blog:

“Community means everything to us and we’re well and truly grateful for the incredible level of support you’ve shown us. Please continue to show us the love, it means so much! We’d like to take this opportunity to say a huge ‘Thank You’ to each and every fan that voted for us. Without you guys, we couldn’t have achieved this award!”

Kunos shows no signs of slowing down for 2017 either, with plans for console DLC releases in January, a whole slew of new cars, and maybe even Mazda Raceway Laguna Seca.

As luck would have it, we’ve also reviewed the three games that resonated most with Red Bull readers, and you can check them out below:

We’re also going to be doing our own year-end awards of sorts — the cleverly-named GTPlanet Awards, of course — with a few surprises thrown in. Keep an eye out for more this weekend…