More information on the Ayrton Senna Tribute content headed for Gran Turismo 6 was confirmed in a post on the official PlayStation Blog late yesterday, including a release date of Tuesday, May 27th. 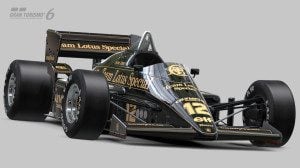 Details of two “Senna Challenges” in the game have also been released, which will take place using the Lotus 97T on re-constructed 1985 versions of Monza and Brands Hatch.

The goal will be to beat Senna’s pole-position lap times at each circuit (1’25.084 and 1’07.169, respectively), with the car being awarded for achieving the Bronze time (it will also be available to purchase with in-game credits from a new “Senna” dealership without completing the events).

As announced yesterday, one of Senna’s first DAP racing karts will also be released in the game at that time. Stay tuned for more announcements!