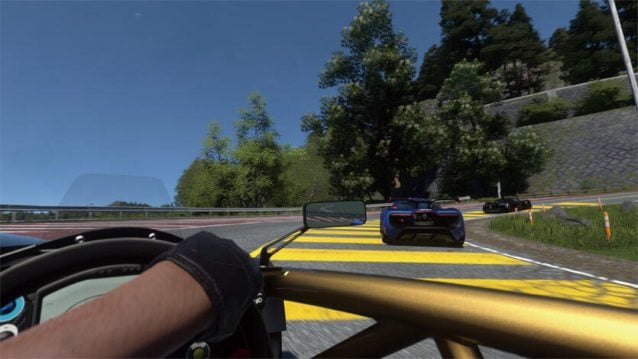 In the ongoing saga of ‘will they/won’t they’ that is DriveClub VR, we’ve got the latest update from the official PlayStation Japan blog. Or rather, we had it, before it disappeared from the site.

Earlier today, the PS Japan blog announced the title would be coming October 13, priced at 4,900 yen for either digital or physical copies (original link here). No other territories were listed. According to Videogamer, the article made mention of the increased immersion made possible by Sony’s headset, as well as an improved 3D audio system. It sounds like the game will be receiving new ‘urban area courses’ as well, a detail that was later confirmed by former Evo Studios director Paul Rustchynsky:

The new tracks are awesome by the way, some of my favourites in the game ;) #DRIVECLUBVR #PSVR pic.twitter.com/C0VN1LPceb

Rustchynsky also took to NeoGAF to assuage fears of the VR version being made by any team other than Evolution Studios, despite Sony dismantling the team last spring. “The same development team who made DRIVECLUB, also made DRIVECLUB VR,” said Rushy, adding that no other outside team contributed to development.

That the blog post has now been removed makes this doubly strange, but it isn’t the first time something like this has happened with DriveClub VR. In April we stumbled across the ESRB rating for the game, which was taken down shortly after. The level of mystery surrounding the game is certainly unusual, but with less than three months to go before PSVR’s release, we shouldn’t have to wait very long to get to the bottom of it.