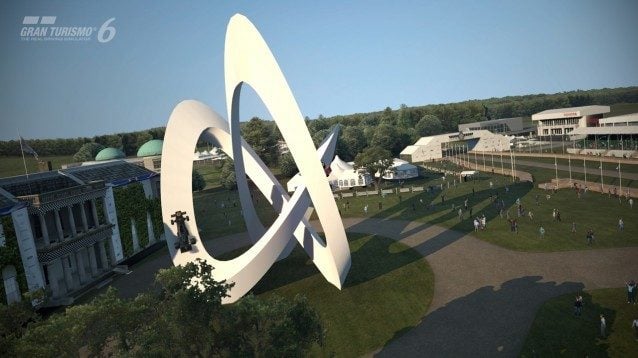 The official UK Gran Turismo website has announced the Goodwood Hill Climb will be featured in Gran Turismo 6.

The 1.86km hill climb takes place at the annual Goodwood Festival of Speed, a large celebration of all things automotive at the Earl of March’s British country estate.

This year’s Festival of Speed is happening this weekend, and a new GT6 demo will be on display for the public which will let them drive the new hill-climb circuit, and – as the announcement describes – attempt to beat “Nick Heidfeld’s 1999 41.6s course record set in a Formula 1 car,” which you can see below.

Polyphony Digital has also released a gallery of 27 new screenshots showing off the new course. Notably, this marks a return of point-to-point time trial stages to Gran Turismo games.

Stay tuned for more photos and videos from Goodwood throughout the weekend. Thanks to Gareth for the quick tip!