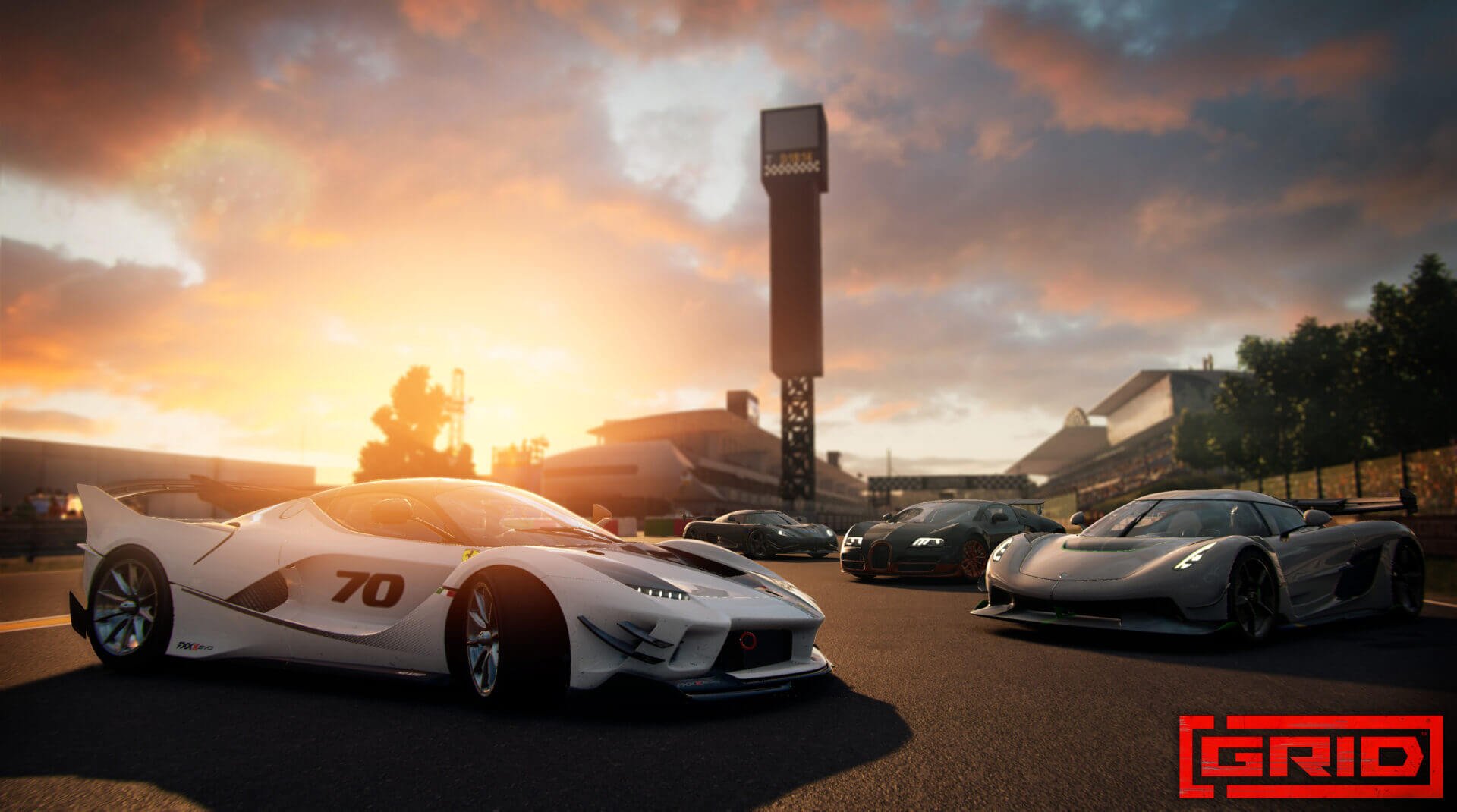 Codemasters has revealed the date for the new GRID Season 3 DLC pack, along with the contents. Headlining the goodies are a new circuit, four new hypercars, and a couple of race cars from one of the fastest closed-cockpit series in the world.

The new track is Japan’s Suzuka Circuit, the home of F1 in the country in all but two years since 1987. Suzuka features an unusual figure-eight layout, with the circuit first passing underneath the bridge at the exit of Degner 2, before crossing back over on the run up to the high speed 130R.

It’s the first time that Suzuka has featured in a game in the GRID series, and it comes with all three of the circuit variations. There’s the full GP course, the short East layout which uses just the main straight and the esses, and also the rarely seen West circuit. That uses an alternate pit lane, between Spoon and 130R, before the bridge, with the track turning back on itself between the Casio Triangle and Degner 1.

The Codemasters blog post makes reference to “six route variations”, which suggests that — like the Red Bull Ring from Season 2 — you’ll be able to run all three courses in the reverse direction too. All nine weather and time of day conditions are available for all variants of Suzuka.

To go with Suzuka, there’s four new hypercars available to all Ultimate Edition players and those who buy the Season 3 pack. They are the Bugatti Veyron SS, the Ferrari FXX-K Evo, and a pair of high performance Koenigsegg models: the record-breaking Agera RS and the Jesko.

As an appetizer, GRID will make the Bugatti available to all players as a loan car for the multiplayer modes. However there’s also an additional two cars that arrive in Season 3 which are available to all.

Appropriately for the new track, these two free cars are both GT500-class Super GT competitors. You’ll be able to drive the Honda NSX-GT and the Nissan GT-R whichever version of GRID you have.

There’s a few general changes coming too, including a rebalancing of the game’s economy. As a whole, credit rewards will become 4-10 times higher than previously, along with extra incentives for using fewer driving aids and “more impressive” vehicles. That’s standard across all game modes.

In addition there’s some new customization items for those with GRID Ultimate Edition. That includes 14 new liveries and six new patterns, though you’ll have to work through the career mode — which has another 30 events — to unlock some of them.

You’ll also find nine new achievements/trophies in Season 3, with three for each of the three seasons. Each will require you to beat lap times set in certain vehicles at certain circuits, naturally keyed to the DLC itself. This won’t affect your Platinum trophy chase on PS4.

GRID Season 3 will be available on Xbox One, PS4, and PC on April 15, with the Stadia version to follow.

Andrew Evans · Apr 9, 2020· Comments
EA has teased the third of the four planned DLC packs for GRID Legends, which is set to come to all platforms on November 17.

Andrew Evans · Apr 9, 2020· Comments
The second of the four post-launch DLC expansions for GRID Legends is due to arrive this week, on October 25, and it’s called “Enduring Spirit”.

Andrew Evans · Apr 9, 2020· Comments
The first DLC pack for GRID Legends, Classic Car-Nage, is now available alongside the v3.1 game update that brings a number of tweaks and bugfixes.

Andrew Evans · Apr 9, 2020· Comments
Four months after it launched in February 2022, GRID Legends is finally about to get its first DLC pack — on June 21.

Andrew Evans · Apr 9, 2020· Comments
With GRID Legends going live on Xbox today, through EA Play to users who subscribe to Game Pass Ultimate, the list of Achievements — and thus also PlayStation Trophies — is now available to all.

Andrew Evans · Apr 9, 2020· Comments
With GRID Legends due to hit hard drives and shelves a week from today — or even a little earlier if you’re an EA Play subscriber — Codemasters has confirmed a full content list for the title.

Andrew Evans · Apr 9, 2020· Comments
If you’re an EA Play subscriber looking forward to the launch of GRID Legends next week, then there’s some good news for your wallet. Depending on your subscription level, you’ll be able to pick the title up for a time-limited free trial or even completely free and with early access.

Andrew Evans · Apr 9, 2020· Comments
With GRID Legends only a couple of weeks away now, GTPlanet was invited to another preview event, this time focusing on the game’s multiplayer.