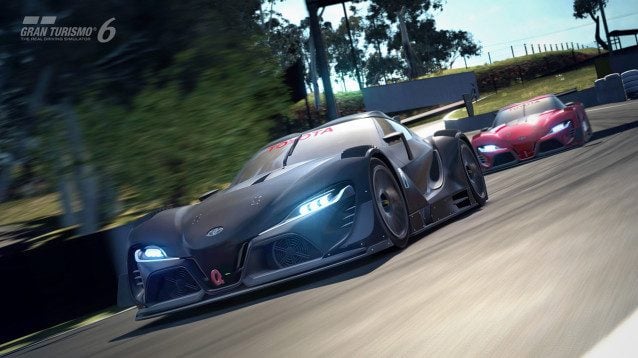 The latest update for Gran Turismo 6 is now available, and it is one of the biggest yet, bringing one of the longest new tracks ever to be featured in a console racing game.

Named “Circuit de la Sierra”, it is based around the lake near Zahara de la Sierra, in Andalusia, Spain. The area is just a few miles from Ronda, the GT6 Photo Travel location and the city which played host to the game’s international launch party last December.

Here’s the formal change log provided by Polyphony Digital. Of course, be sure to check our forums as GTPlanet’s community reveals more undocumented changes and modifications. The 1.12 update is 484MB in size.

The “Toyota FT-1 Vision Gran Turismo” has been released. The design concept FT-1 is honed to perfection in this rendition to enhance its features and designs required for pure racing competition.

The car can be purchased in the “Vision Gran Turismo” section after the update, but you can also acquire the car by completing a full lap in the limited time seasonal event, regardless of the lap time achieved.

The “Sierra Time Rally” has been added to [Special Events]. In the first original long course “Circuit de La Sierra” modeled after the Ronda region of Spain, players will attempt to complete a lap around the course within the allotted time.

Time will be extended by passing the checkpoints, and your score will be calculated according to your distance driven. Overtaking other cars will raise your combo level, and there are other possibilities of raising your score based on your driving skills. We invite you to check it out. 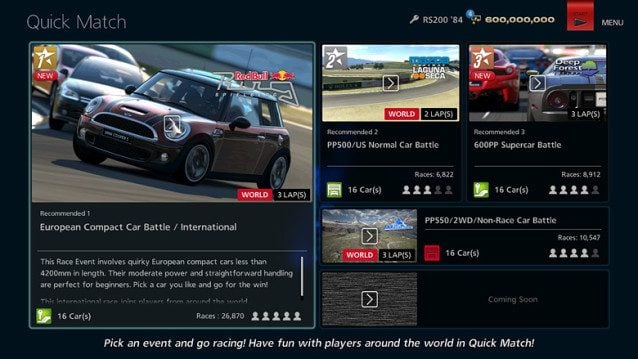 [Quick Match] has been added to [Online]. When the event is selected, players will automatically be matched to other players around the world for a quick and easy online race. 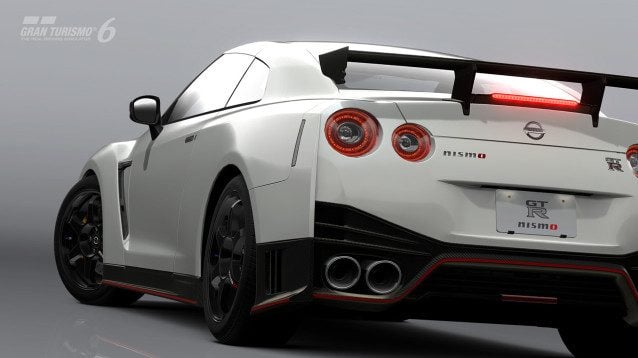 The following cars have been added to the [Dealerships]. You can also access these easily from the [Recommended Cars] section.

*Players who participated in the “GT Academy 2014” Online Qualifiers will receive this car free of charge.

Official compatibility has been added for the Thrustmaster T300RS. It is possible to reassign keys from [START] – [OPTIONS] – [STEERING CONTROLLER]

– [FORCE FEEDBACK] that could only be adjusted from [START] – [OPTIONS] – [STEERING CHARACTERISTICS] before can now also be adjusted from the [DRIVING OPTIONS] displayed in the [QUICK MENU] before driving.

– Also, the force feedback that was only adjustable under [FEEDBACK STRENGTH] can now be adjusted in [FEEDBACK MAXIMUM TORQUE] and [FEEDBACK CENTER SENSITIVITY] sliders. Now it is possible to set the steering sensitivity near the centered position, and the strength of the feedback during extreme cornering independently.

– Force feedback can now be adjusted on 200 degree lock-to-lock type controllers such as the GT FORCE RX.

– The motor assist control for the Toyota TS030 Hybrid ’12 has been changed. Because the motor assist only works when the car is at full throttle (over 80%), the motor no longer comes into effect during partial throttle positions while cornering.