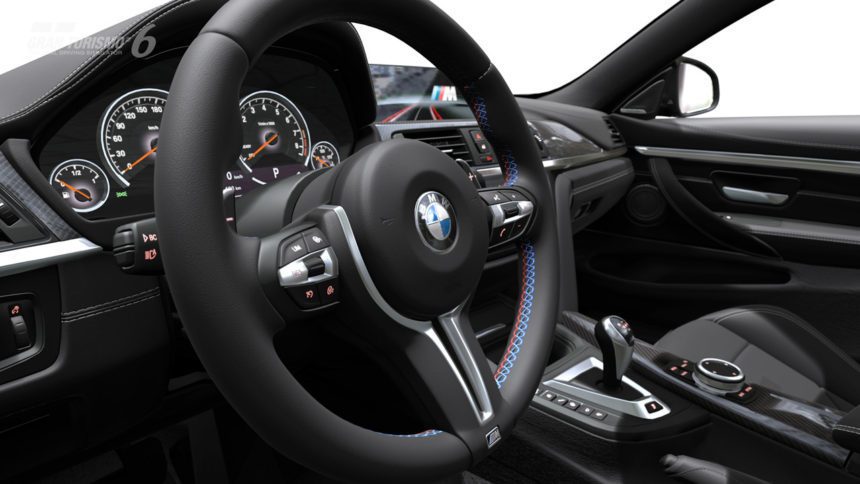 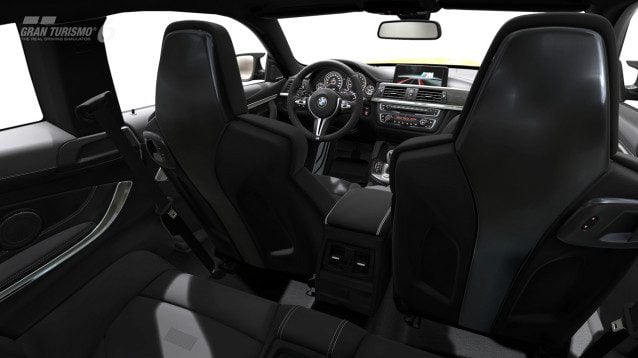 Gran Turismo 6 has only been with us a couple of months, but tomorrow (14th January) sees its third update thus far.

Headlining the change log is a full interior for the BMW M4 – itself added by way of update back in December. Available for free to users who scored at least a Bronze in the M4 Seasonal Event, the car came in pre-production form and was, sadly, interiorless – but v1.03 will remedy that. 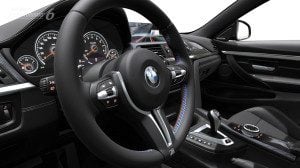 Users who already own an M4 will need to do nothing as the car data will merely be updated to include the interior.  For those of you who’ve not yet acquired the car, another M4 Seasonal Event will be bundled with the update and, again, a Bronze award will see the car gifted to you gratis.

At present, the BMW update and accompanying seasonal event are the only known additional features in this interim update, although it seems fairly reasonable to conclude that the jointly-announced Toyota FT-1 Concept will form part of it, along with minor bug fixes.

Watch this space for more information as it becomes available.