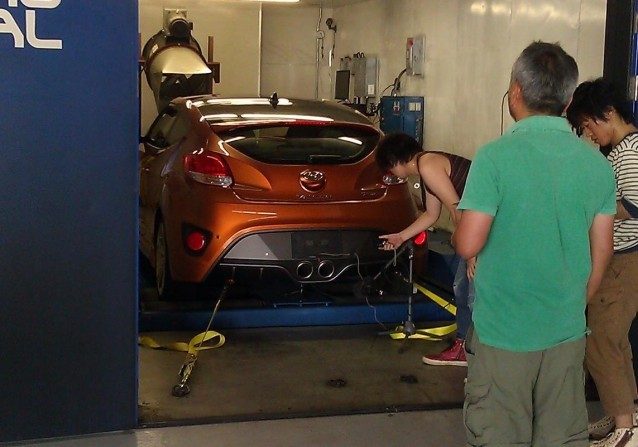 A team of Sony / Polyphony Digital engineers were spotted at a high-end tuning shop south of Los Angeles, capturing exhaust sounds for the Hyundai Veloster Turbo and Genesis Coupe on a dynamometer.

The news was posted on Cobb Tuning SoCal’s Facebook page (the post has since been removed from the page), along with a note mentioning the work was being done for “a video game coming out in the near future”.

Sure enough, a team of Japanese engineers can be seen in the photo, along with what appears to be the back of U.S. Gran Turismo producer Taku Imasaki.

Interestingly, the tuning shop is a mere half-mile away from Hyundai’s U.S. headquarters. Thanks to R_Lar for the tip!