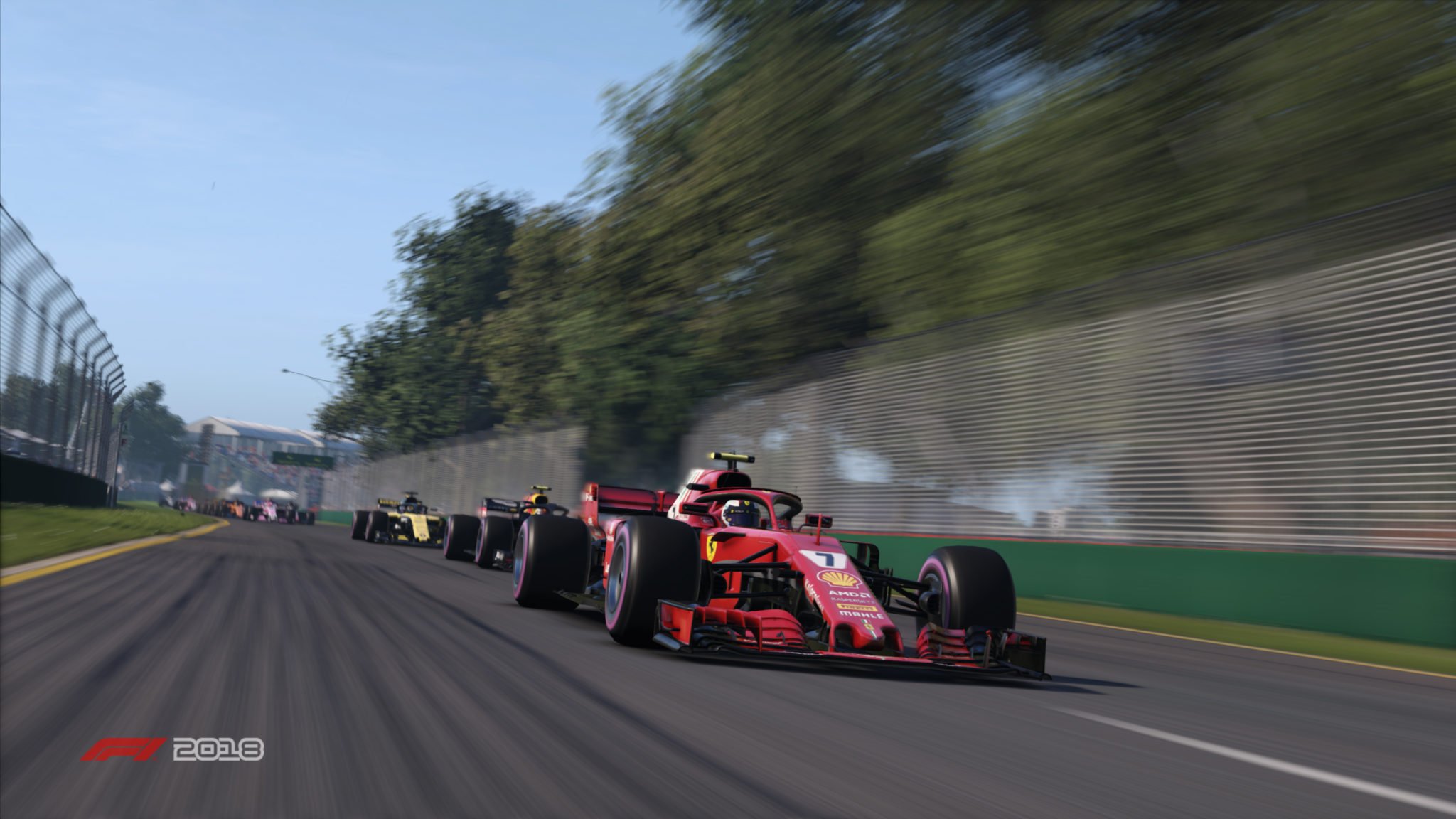 The day has come at last. F1 2018 is now available on the PlayStation 4, Xbox One, and PC platforms. Living up to last year’s game is no easy feat, but the 2018 racer ups the ante for the franchise.

It’s the best time for Codemasters’ latest to land in players’ hands worldwide, too. Why? F1 2018 releases alongside this weekend’s Belgian Grand Prix.

With the sport returning from its summer break, you can get in on the action for yourself. Immediately, we expect the halo device to be a controversial subject. Good news then that you’re able to disable the central column for a clearer view of your surroundings.

We’ve spent our fair share of time with the 2018 racer. You can read the full review here if you’ve missed it. Spoiler alert: We loved it, even more than last season’s effort.

Fans of the sport are in for a treat this year. With its myriad visual and audio improvements, 2018 aims to be the most realistic entry to date. Making use of real world F1 data, and simulating tire carcass temperatures for the first time, it certainly feels the part.

Your choices made during the season will have a knock-on effect, thanks to yearly rule changes. Much like the real sport, this affects where you’ll spend the brunt of your R&D time.

There’s also the added benefit of more classic cars. While all 12 cars introduced in ’17 are still there, 2018 adds a total eight new cars to the roster. Here’s a quick refresher of all 20 cars up for grabs:

If you missed the pre-order window, fear not — the Brawn BGP-001 and Williams FW25 will make way at a later date as paid DLC.