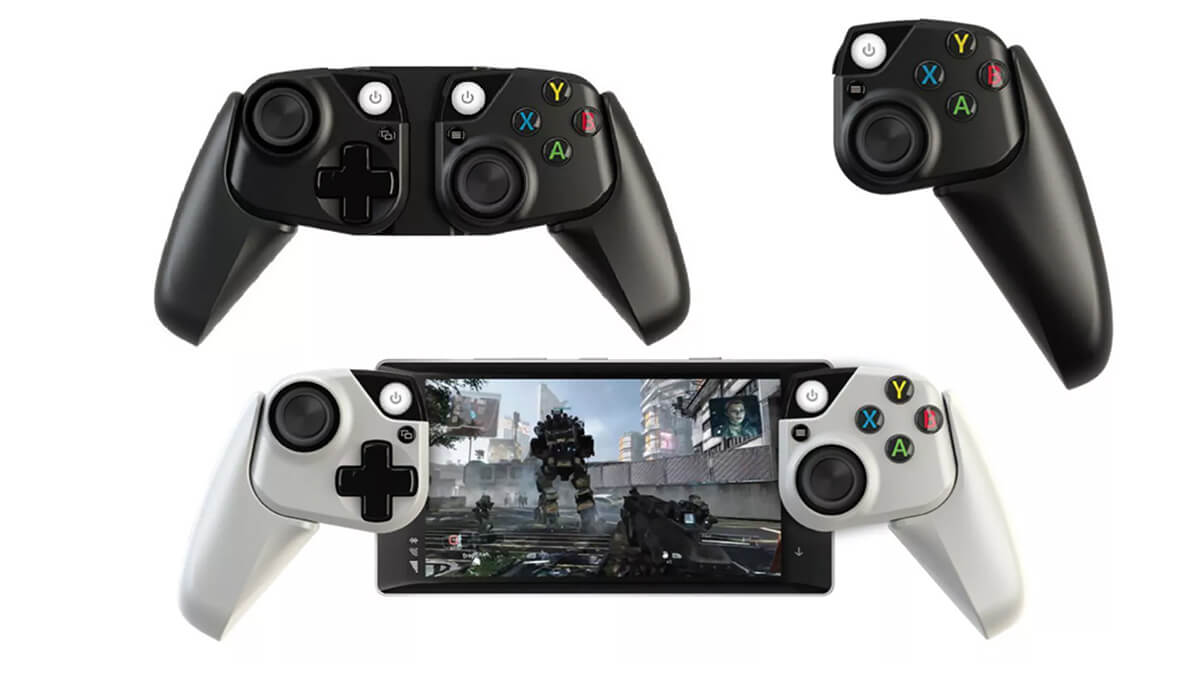 Depending on who you believe, the future of gaming might be either a much more powerful console or outside the box altogether. While both Sony and Microsoft are working on next generation consoles for next year, Google is going the other way with the cloud-based Stadia.

However, in the here and now, the biggest sector for gaming by revenue is on mobile platforms: smartphones and tablets. Mobile gaming makes up more than half of the market, and it’s still growing. If it has one weakness, it’s that the control systems are often dismal. Who among us hasn’t jabbed at the screen only to find the game hasn’t processed the last input yet, or hit the wrong thing with a slightly podgy finger?

Microsoft, it appears, has come up with a solution to knit the best of all three worlds together. A patent filing for a patent granted in July 2019 reveals it’s created “removable input modules” — controllers to you and I — for mobile devices: 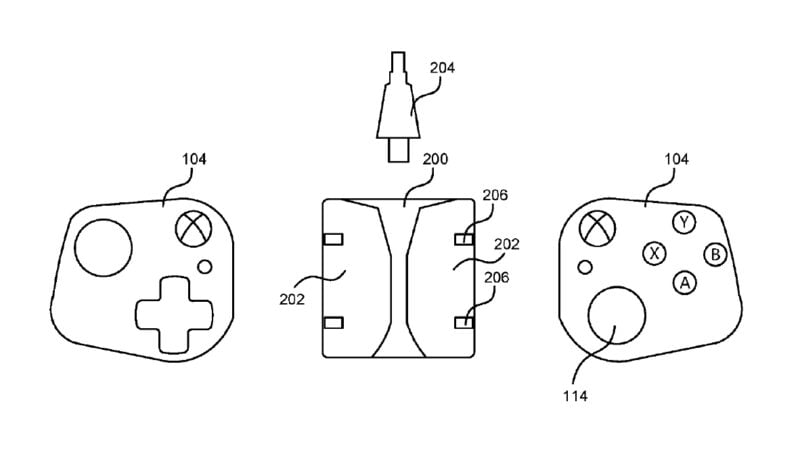 This particular patent, US 10,348,108, actually focuses on a charging mechanism for the “removable input modules”. It’s the latest in a chain of patents for this type of controller, and it’s the description that we’re more interested in.

That refers to the modules as peripherals which a user can temporarily attach to the edges of a touch-screen device. It notes that they can do so in such a way as to obscure none — or close to it — of the device’s display, and that the inputs are mapped to the software running on the device. The user may use one or both, and they may feature a number of sensors and controls.

Although the patent doesn’t actually mention the XBox console family at any point, the familiar X logo appears very prominently on the drawings. The devices in the drawings look like an XBox controller snapped in half, although that’s not necessarily the final form.

A final piece of the puzzle is buried further down the patent. It adds that the controls “may be mapped to a user input of … a cloud-based game which is displayed on the touch-screen device”. That rather firmly hints at Microsoft’s xCloud game-streaming system:

This integrated control system, which bears something of a passing resemblance to the Nintendo Switch, is certainly a more elegant — and portable — solution than the one pictured in the video above.

The xCloud service has completed its in-house testing phase, and public trials are likely to begin in the next few months. A full release is probably due around the same time that the physical Scarlett console arrives, and if these controllers hit the market it’s likely we’ll see them in conjunction with that.