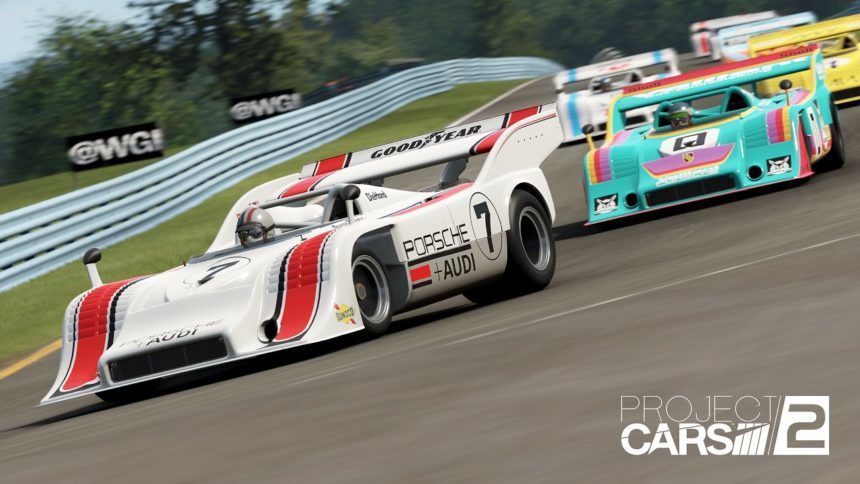 The Porsche lineup in Project CARS 2 will be getting bigger next month. Slightly Mad Studios has officially announced the “Porsche Legends Pack”, the next expansion for the 2017 sim racer.

Following up from December’s “Fun Pack”, this latest post-launch DLC will introduce nine more of Stuttgart’s finest to the game. In addition, players can also look forward to a new circuit to master. It’s currently a mystery, but we’ve got our hunches. Read on for all the details.

The RSR has quickly spread across the gaming landscape. Porsche’s current mid-engined GT racer first appeared in Assetto Corsa early last year, and has since found its way into Gran Turismo Sport and Forza Motorsport 7. We smell some comparisons coming…

The insane 917/10 meanwhile — dubbed the “Can-Am killer” thanks to its utter domination of the series — is relatively rarer. It too was part of Assetto Corsa’s trio of Porsche packs, and should prove just as much of a challenge in PCARS2. Arguably, given the variety of weather and time of day available, even more so.

SMS is keeping mum on the other seven vehicles players should expect next month. However, we learned of multiple Porsches hidden within the game months ago. As luck would have it, there were nine models there too:

Obviously, given the inclusion of the RSR, the leaked list doesn’t show us everything in the Porsche Legends Pack. With a Le Mans-themed pack earmarked for later in the year, perhaps some of these Porsches will find their way into that pack instead.

But What’s the New Circuit?

The other big question mark is the track. In its announcement, SMS states that it’ll be an “FIA-certified track intimately associated with Porsche — a first in any simulated racing game.” The two most popular candidates right now are Kyalami and Porsche’s own test track in Leipzig.

Kyalami qualifies as a technicality; the track appeared in the classic Grand Prix Legends, but hasn’t shown up in modern games since its remodelling a few years ago. Toby Venter, owner of Porsche South Africa, is the man behind the revitalized circuit.

Leipzig has appeared in a game more recently. Pay close attention to the wording of SMS’ statement though, and it makes sense. Real Racing 3 is a fun mobile game, but a simulator it is not. As a test track, it features a lot of options for players, including a skid pan. If it’s anything like the Silverstone Experience Centre we visited late last year, it should be a lot of fun.

In addition to the Porsche Legends Pack announcement, SMS has released the latest PC patch for the game. The patch notes are extensive; you can read them in their entirety here. The team has submitted the patch to Microsoft and Sony for console players — we’ll have another post for that once it’s live.

Stay tuned for more Project CARS 2 news in the run-up to the Porsche Legends Pack.