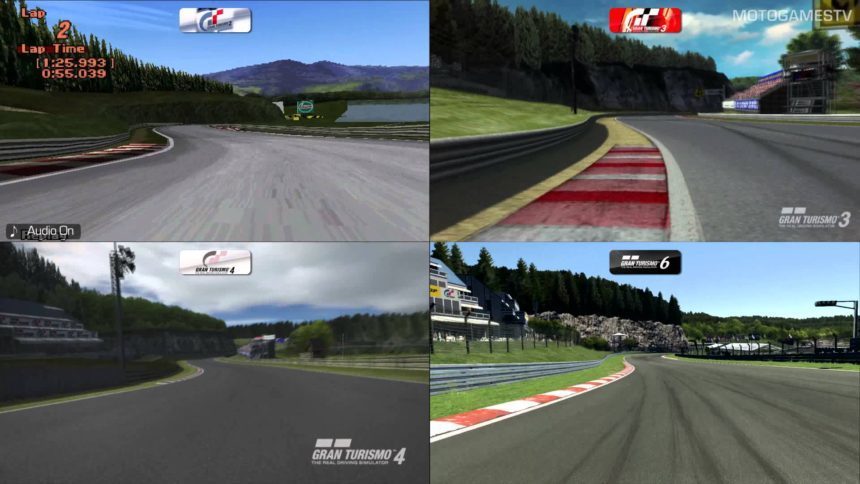 Midfield Raceway has long been a favorite of old-school Gran Turismo fans, and its return to the series in GT6 update 1.16 has been one of the game’s most popular additions. All that nostalgia has spawned an interesting thread here in our forums, where GTPlanet users are reviewing the track to see what has changed.

The discussion inspired @fifomaniak to create a video comparing each version of the track in each major title it has appeared in, offering a four-way split screen comparison of the circuit in Gran Turismo 2, 3, 4, and 6. It’s a fun watch, and should provide a quick trip down memory lane for those of us who have been with the series since the “turn of the century”.

Videos
The original comments for this post are no longer available.
Test Your Badge Knowledge With Our Car Logo Quiz

Gran Turismo Sport 544 May 10 by Andrew Evans
A new set of GT Sport Daily Races gets underway today, with players heading to three of the game’s real-world race tracks dotted around the edge of the Pacific Ocean.…

Gran Turismo Sport 544 May 3 by Andrew Evans
There’s a new set of GT Sport Daily Races starting today, with three new events for players to get to grips with over the next seven days. Each of this…