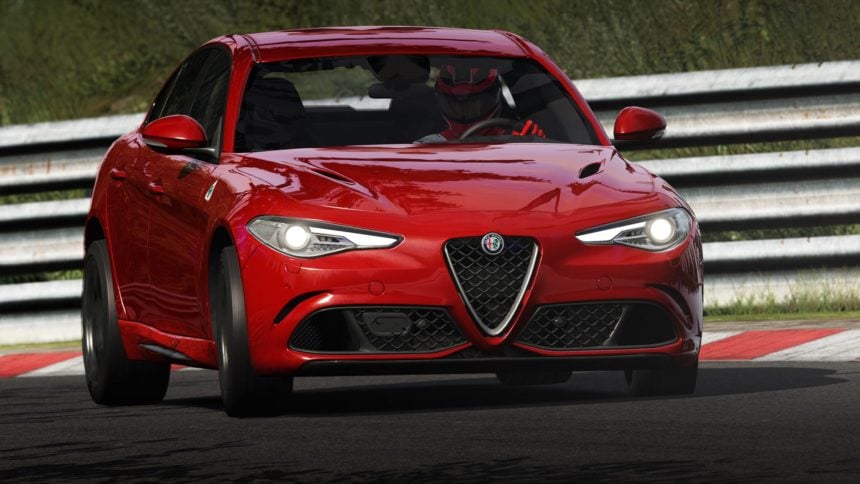 Kunos continues to tease the contents of Bonus Pack 3 due to release this week. Releasing five days before Christmas, the free content pack looks to end Kunos’ year on a high note.

You know the story by now: seven all-new vehicles will feature alongside Laguna Seca in the free DLC. With three of the seven included cars already given their time in the spotlight, now comes the fourth. First announced last November, the Alfa Romeo Giulia Quadrifoglio is one of the more anticipated inclusions.

While the only four-door sedan of the bunch, the Quadrifoglio isn’t a shrinking violet. At its heart is a 2.9-liter twin-turbocharged V6 built by Ferrari. With 505hp, the sleek Italian sedan ramps up to 60mph in less than four seconds and onto a top speed of 191mph. The Alfa may not be as fast as the Huayra or Huracán, but it makes up for it with unquestionable appeal.

As you’d expect, Kunos has released a trailer giving the Alfa its share of attention.

Bonus Pack 3 has a lot going for it. Only three trailers remain as we fast approach its release tomorrow.

Now comes the bad news. While Kunos hoped to bring the pack to PC and console players simultaneously, that isn’t going to be the case. Bonus Pack 3 will arrive for Steam players this week but console racers won’t get their fix until the new year. At the moment there’s no exact date lined up but we’re hopeful it’s soon.

Only a day remain until the pack touches down on PC, but in the meantime we’ll keep an eye out for more details!