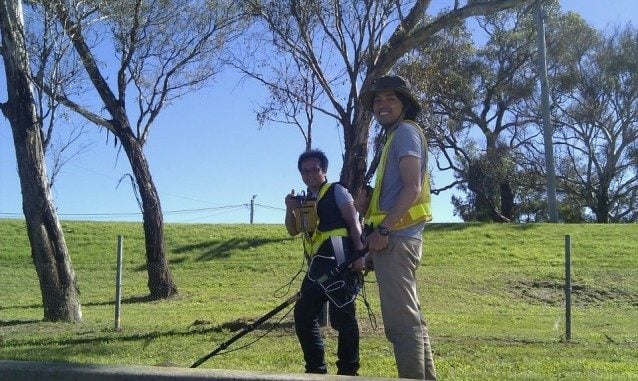 Following on from the GTPlanet blog post late last week, GTP members have been back to the famous Mount Panorama circuit at Bathurst to catch the Polyphony crews at work.

GTPlanet member Froudeybrand was on the mark to tell us the original news and has gone further to grab these pictures, supplied by a relative, of the track modelling teams on-site. Meanwhile GTPlanet newcomer jjh101 filmed this short video as he drove around the circuit yesterday, spotting crews around the circuit. He’s managed to trump that with a second video, accosting a photographer for a chat!

Although the photographer isn’t seen, we can hear their conversation:

Assuming the photographer is correct, this means GT fans probably won’t get to see Bathurst in DLC for GT5, disappointingly. However it also means that Gran Turismo 6 is at least 2 years away, given earlier remarks from Polyphony regarding the time taken to recreate each real track for GT5, giving us a first glimpse into any kind of timeframe for the next full game in the series.

Many thanks to jjh101 and Froudeybrand for their information and investigation!