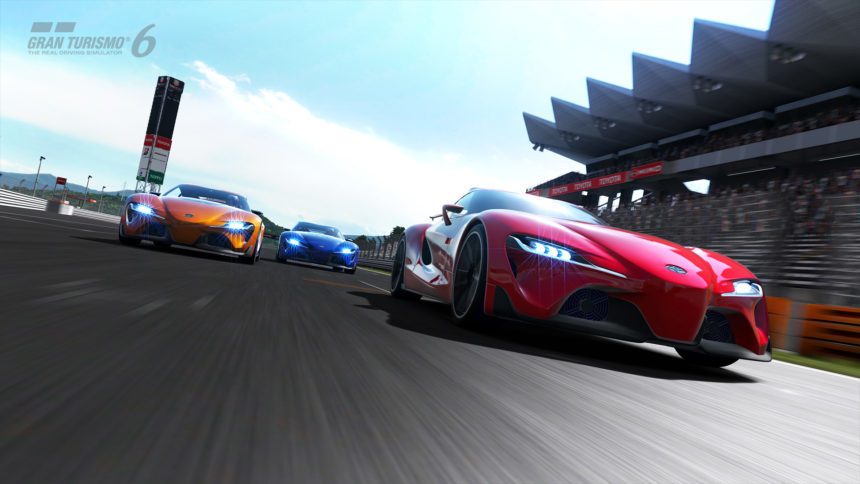 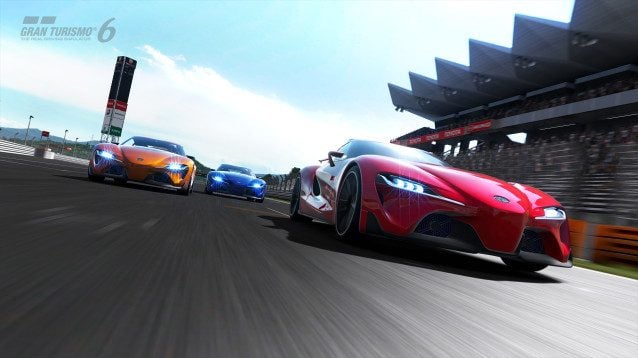 A new Seasonal Event has been released for Gran Turismo 6, which features the Toyota FT-1 Concept at Fuji Speedway in celebration of the car’s appearance at the New York Auto show this month.

Created in partnership with Polyphony Digital and Toyota, the new event has a special reward for the top time: the driver’s replay will be uploaded to the official PlayStation YouTube account, broadcast the channel’s 2.3 million subscribers.

Between April 7th and the 30th, Toyota and SCEA will also be monitoring the #CaptureGT6 hashtag on various social media networks for images posted of the FT-1 Concept, created using GT6‘s Photo Travel mode. They’ll be selecting their favorite shots to feature on their own social media accounts, sharing your image to a wide audience of hundreds of thousands of people.

We also have a dedicated forum topic for you to share your Toyota FT-1 Concept images, so be sure to post them here as well. Good luck!

GT6 Seasonal EventsPhoto TravelPhotomodeToyota FT-1
The original comments for this post are no longer available.
F1 2020 Review: A Winning Formula

Gran Turismo Sport 395 Jul 6 by Andrew Evans
GT Sport has flipped its 2020 yearbook into a new week, and that means it’s time for a new set of three Daily Races. The mix is the typical spread…

Gran Turismo Sport 219 Jul 2 by Andrew Evans
There’s a rare chance to get your hands dirty in the newest set of GT Sport Time Trials, which start today. Over the next 14 days, you’ll be competing against…