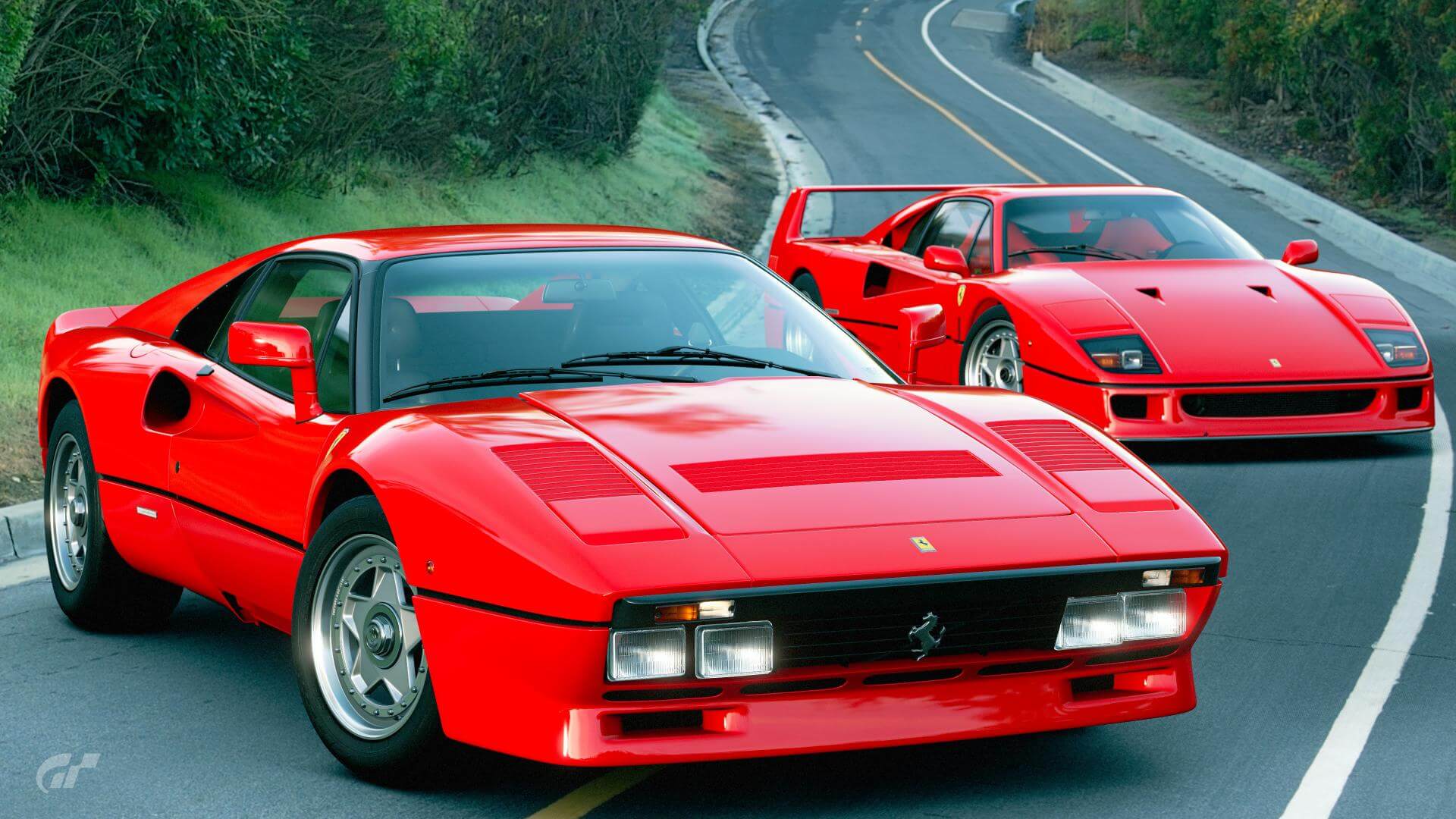 If you’ve just picked up GT Sport, you might be wondering how best to get started.

After all, it takes thousands of experience points to unlock all the tracks (and millions to complete the game). Then there’s the Mileage Exchange updates, with 10,000Mi of goodies each week. Not to mention the Mi you need to tune cars. At only 10Mi points on offer for every mile you drive in the game, that’s a lot of driving.

We already covered the boost that Circuit Experience gives to credits, XP and Mi, but once you’re done with that, what’s next? There’s not much left in the campaign part of the game, and Sport Mode doesn’t give you much of anything, unless you’re quick. While some players have discovered glitches and exploits that allow for unusual advancement, what can you do if you want to avoid these?

The answer is to game GT Sport’s Achievements.

Achievements are a series of micro-rewards. Completing certain tasks in the game grants you with XP and Mi boosts. There are four types of achievement: Play (blue), Economy (green), Race (pink) and Social (orange). Each achievement has three tiers, each offering a larger reward for completion at varying degrees of difficulty.

By concentrating on a handful of easy-to-complete achievements, it’s possible to get ahead of GT Sport’s curve. 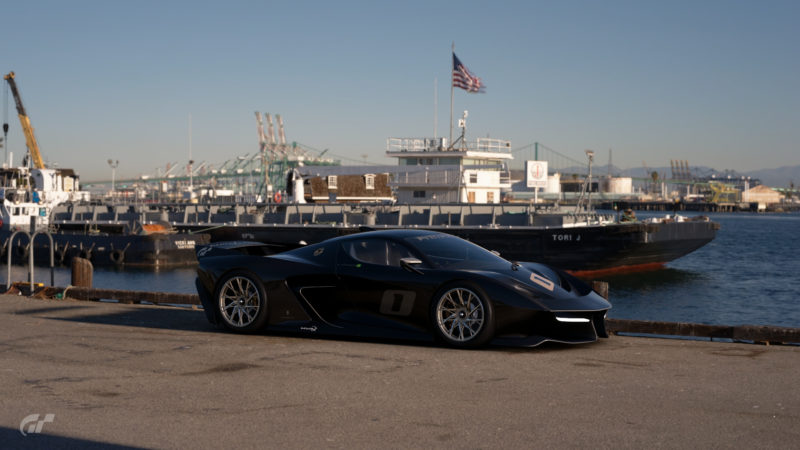 This might be the easiest of all of the Achievements to complete, although it takes quite a bit of time!

To hit each tier of the reward you’ll need to take 10, 100 and 1,000 photographs, either in Scapes or in-race photos from replays. It sounds arduous, but GT Sport counts every press of the “Shoot” button as a photograph taken. You don’t have to save it, share it, or even compose it all that well, just hit Shoot.

If you’re grinding this, it takes roughly four seconds for each photograph. That means you’ll hit the first reward in under a minute, and the second in just under seven minutes (which also unlocks a PSN Trophy). The last is a little over an hour, so you may want to do that in chunks rather than all at once.

It’s fair to say that drifting isn’t for everyone. Anyone who’s done the Driving School Intermediate 23 test might be put off it for life. The prospect of earning a million drift points to get all three tiers of this achievement may be daunting. But don’t panic, there’s an easy way to do it.

Drifting in GT Sport is actually quite simple; you just need to lose traction. So long as the car isn’t entirely backwards, or you hit something, you’re drifting.

You can only score drift points in Drift Trial mode. Scoring big is relatively simple too, as the game only really seems to care about how close you are to the driving line. Speed and angle affect the score, but a lurid slide away from the driving line doesn’t score as highly as a moderate slew right on the line.

The news gets better. The game’s Drift Trial mode allows you to use rally courses. Opinion may vary on the best option, but we’ve found that Colorado Springs with the Lancer Gr.B arcade car is a winner. The three sectors give opportunity for making up for any errors in one and it’s easy to score 12,000 points on each pass – at around 40 seconds each time.

That means four runs to score the first reward, 17 runs for the second and just over 80 for the third. That’s less than an hour of back-to-back drifting. The prize here is 14,000XP and 4,200Mi – and another three PSN Trophies.

This follows a similar principle to the Number of Photos achievement, but it takes a little more time. Okay, a lot more time.

Everything you do in the livery editor qualifies as a new livery, whether it’s something incredibly complicated or just a new paintjob. However, it only gets counted as a livery created when you save and, crucially, upload it. It doesn’t need to be shared — although you will win a PSN Trophy for your first shared livery — just added to your library.

We figure that if you’re buying paints from the Mileage Exchange, why not simply paint a single car in each so you’ve got a reference for how they really look? In all, this process takes about a minute per livery.

That’s five minutes to reach the first tier, 30 minutes for the second and a solid two hours of your life for the third at 100 liveries.

Money does tend to come at you easily in GT Sport, but that said it’s not likely you’ll hit the third tier of either of these achievements easily. Fortunately the lower tiers are quite quick to reach.

The first tier of Cars Purchased simply requires you to buy three cars. The second tier of Value of Cars Purchased needs you to buy ten million credits of cars. Buying three of the game’s high value garage cars, like the McLaren P1 GTR, will unlock both rewards at once — along with a PSN Trophy for buying your first.

You’ll need to pick up another 47 cars to make the second tier of Cars Purchased, however. Since an update in September made it purchasable, the cheapest car in the game is the once-rare Gran Turismo Kart 125 Shifter. Head into the Gran Turismo Brand Central page and just buy Kart after Kart, at 10,000cr each. This will only put you out about 470,000cr. Each car takes about 12 seconds to buy, adding up to about ten minutes’ work.

Many struggle with this pair of achievements, as in early versions of the game the description was back to front. PD has updated this more recently to reflect the necessary steps: they depend on the number of likes you give to other people’s liveries and photos.

With this in mind, both of these achievements are only a short visit to the game’s Discover section away. At the main menu, scroll down to Discover (just above the manual Save icon) and hit X.

There you’ll find categories for Scape and Race Photos, and Car, Helmet and Suit Liveries, among others. You can be as discerning as you wish, but you only need to like 1,000 photos and 1,000 liveries — of any kind — to reach the marker for the rewards.

Although this function is also available on the game’s official website, liking items there has no bearing on the counters for the achievements. Sadly the in-game interface is considerably more clunky, so this will take a fair bit of dedication. Stick at the second tier rewards, at 100 likes for each, for 2,150XP and 2,200Mi apiece.

In the space of a little over four hours, you’ll pick up 22,400Mi points and 54,100XP — enough to raise you to level 27 — with very little actual driving! Even the fastest way of raising XP and Mi in GT League isn’t a match for that rate of progress.