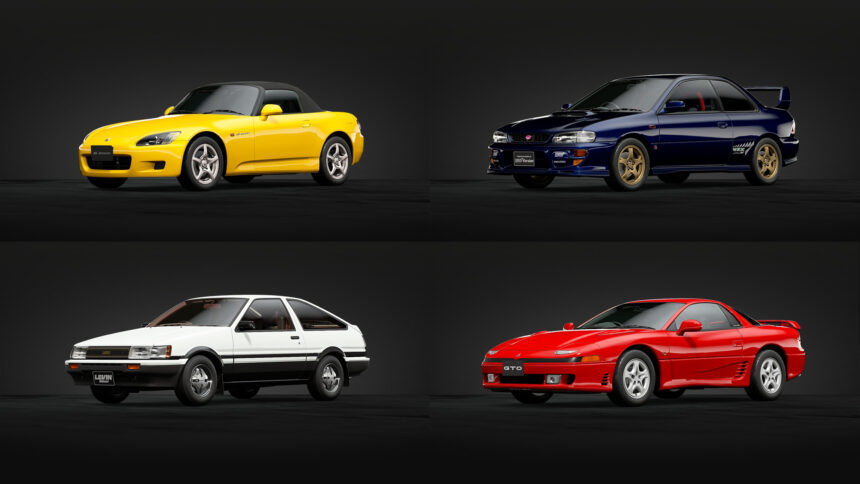 Update: The official Gran Turismo website has released further information, and we’ve amended this article to reflect it.

The latest content update for GT Sport will arrive tomorrow, adding one of the most highly anticipated features to the game.

A maintenance notice now available in the game reveals when the update will drop. It’s due to appear around 4-6am UTC on Tuesday August 27 (convert to your time here), when the servers go offline for maintenance:

Dubbed the “August Content Update”, v1.43 will finally add a wet weather option to the game. It appears that this will only be applicable to Red Bull Ring — although we don’t yet know if this includes the Short Track too — at least to start with. Polyphony Digital has said in the past that it intends to add the conditions to other tracks through updates, although not necessarily to every circuit.

There’s also five vehicles coming to the game and unusually they’re all Japanese market cars. Furthermore, four of the five have never appeared in “premium” form before, making this an update heavy on nostalgia. The added cars will be as follows:

An official update video appeared on PlayStation Poland’s Twitter account, somewhat ahead of schedule, but you can now view it officially below:

Players will note one glaring absence from the clip: Circuit de Spa-Francorchamps. Although we’ve seen it in action at the New York World Tour event, both on the public machines and in that contentious Nations Cup final, it looks like we’re going to have to wait a little longer to get our hands on it in the game itself. The official update notes confirm the track’s absence this time around.

Other additions to the game include seven new rounds in the GT League, unsurprisingly — given the new cars — two new rounds of the J-Sports Meeting in Amateur League. We can also expect other unspecified changes and bugfixes. One thing we won’t see is content from the new Michelin partnership. That’s due to arrive in October, most likely in cosmetic form only at first.

As always, once the servers go offline, players will lose access to GT Sport‘s online features including saving the game. You’ll need to manually save from the top menu well in advance to prevent loss of progress.

GT Sport Game Updates
423 Comments Discuss this post in our forums...
GT Sport Circuits Quiz: Can You Spot the DLC Track From These Detail Shots?