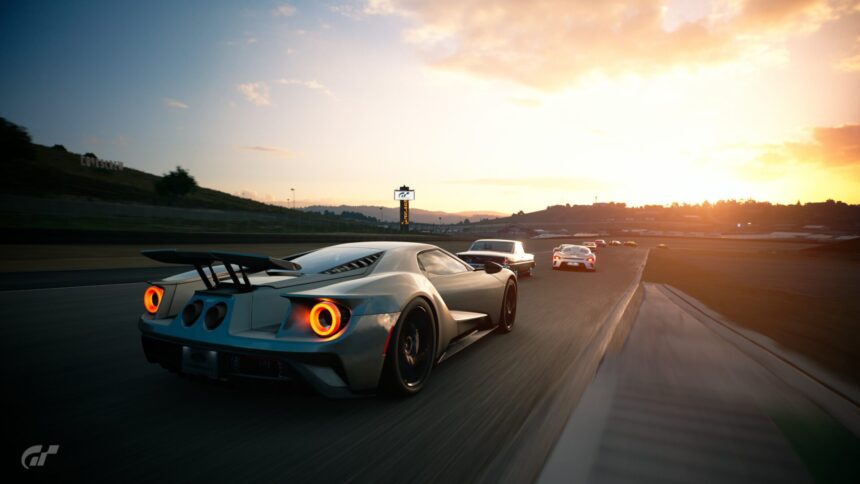 Almost 98.4% of our 2020 calendar remains unticked, but it’s already time for Polyphony Digital to start delivering updates to GT Sport this year.

A new post on the game’s website — and within the game itself — reveals an upcoming server maintenance window. That’s due on January 9 and, crucially, will deliver a new game update at its conclusion.

Across 2019, Polyphony Digital delivered 20 updates to GT Sport, or roughly one every two and a half weeks. 11 of those brought new vehicle content, with 57 new cars in total, and although we’re not expecting anything in this week’s update there are some juicy vehicles in the pipeline.

Firstly, there’s a new Gr.3 car due from Mazda. That’s penciled in to arrive before the 2020 FIA Certified Online Championship starts in anger — likely in February or March. We’re also anticipating the new Lamborghini “Lambo V12” Vision GT car which, like the Mazda, had its grand unveiling in November’s World Final.

Looking perhaps slightly further down the road, there’s a brace of new Porsches in the schedule too. Porsche also has a Vision GT car on the drawing board, and the 917 Living Legend design study is inked in for GT Sport as revealed last year. We’re also due to get our hands on a Gran Turismo Award-winning car from SEMA, as we’ve already seen the PD team scanning Phil Robles’ mad Honda Civic. That’s in addition to all the weird and wonderful cars that usually come in GT Sport content updates.

As for this update, new content is unlikely. Although time over the Christmas/New Year holiday period is hard to keep track of, we’re barely three weeks after the last batch of content in the 1.53 update on December 18. PD has delivered vehicles in January updates before, but they were later in the month: January 17 2019, and January 25 2018. In addition, Kazunori Yamauchi is yet to post a teaser image for the update, which likely means it will be bug fixes only.

GT Sport Game Updates
213 Comments Discuss this post in our forums...
Test Your Badge Knowledge With Our Car Logo Quiz

Gran Turismo Sport 129 May 13 by Andrew Evans
If you want to represent your country at an Olympic level for Gran Turismo, your chance is finally here. The official Olympic Virtual Series Time Trial for GT Sport starts…

Gran Turismo Sport 147 May 11 by Andrew Evans
Following on from yesterday’s announcement, the v1.65 update for Gran Turismo Sport is now available. It’s one of the largest updates we’ve seen recently, coming in at over 3GB, but…

Gran Turismo Sport 147 May 10 by Andrew Evans
A new game update for Gran Turismo Sport will arrive this week, according to an in-game announcement mirrored on the official game website. The update will follow a period of…

Gran Turismo Sport 622 May 10 by Andrew Evans
A new set of GT Sport Daily Races gets underway today, with players heading to three of the game’s real-world race tracks dotted around the edge of the Pacific Ocean.…

Gran Turismo Sport 622 May 3 by Andrew Evans
There’s a new set of GT Sport Daily Races starting today, with three new events for players to get to grips with over the next seven days. Each of this…