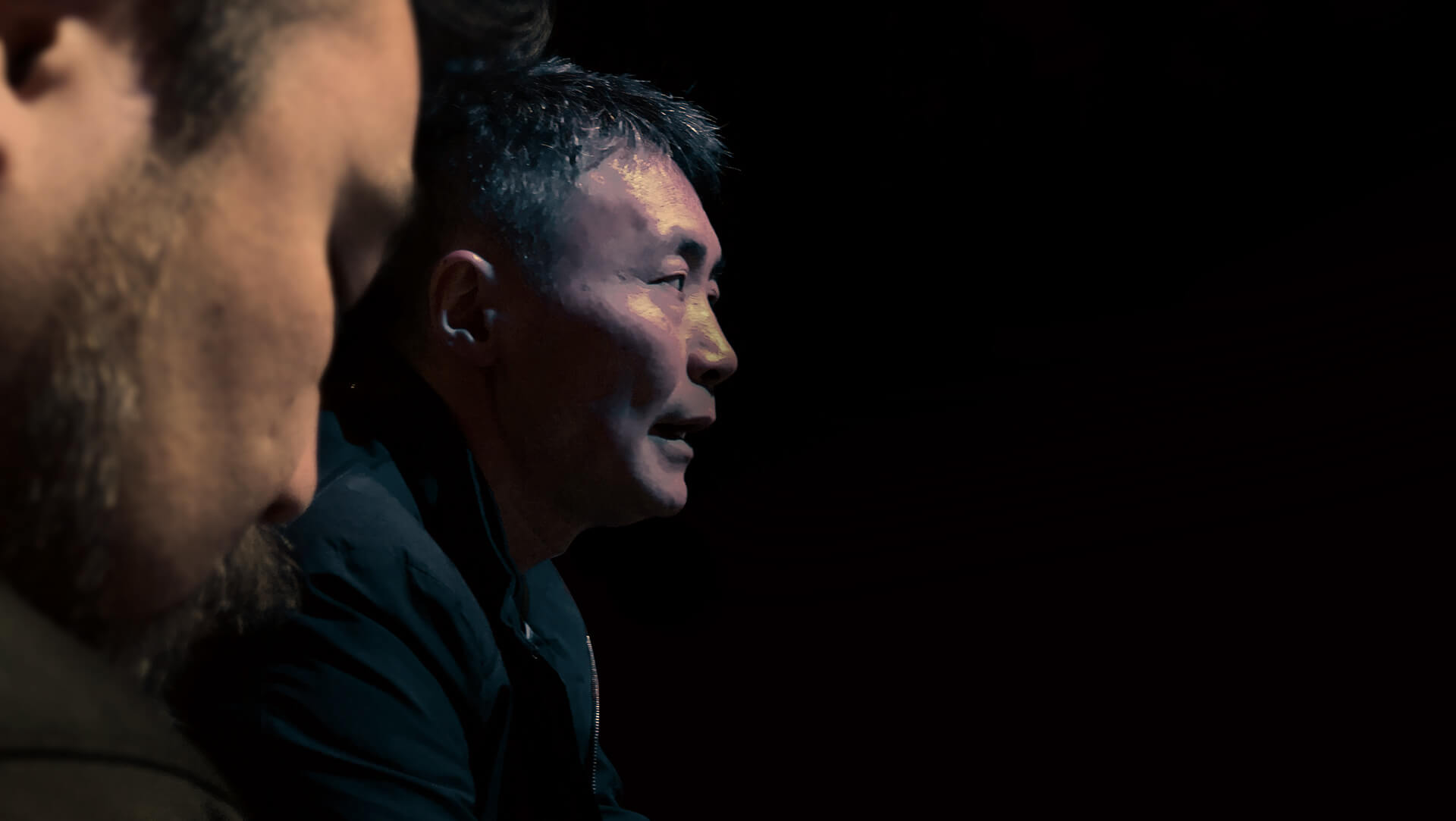 A very brief lull in the proceedings at the 2018 FIA-Certified GT Sport World Finals allowed GTPlanet to catch up with series founder Kazunori Yamauchi.

We’d all just come off the back of watching the thrilling conclusion to the Manufacturer Series race. Firm pre-race favorite Nissan had found itself in the middle of the pack following qualifying and a tough opening stint. However, the car nearly finished on the podium if not for a couple of liters of missing fuel.

It was certainly an unpredictable race, and probably not what Polyphony Digital had quite imagined when it started working on GT Sport. “I guess that’s the interesting part of sports: the power of the human being to always go beyond expectation,” says Yamauchi. “I think when we were beginning six years ago – having gone through five years of development and a year of the season of online – a lot of it went as we expected, but then lots of it went in a way that we never expected!”

One thing that the drivers on the ground — and in our forums — noticed was an unusual qualifying format. Exactly how the drivers qualify and select their vehicles seems to change between each live event. In Monaco everything was decided by a single qualifying session on the Thursday before the main event. This used the combination that would eventually appear in the final Nations Cup race, with the X2014 at Circuit de la Sarthe, and this ended up playing a major role in who got through for the second day.

We put the question of how this came to pass to Yamauchi. He noted that: “Right now, this is the format we’ve taken – it’s not saying that this is the best format there is, but it’s something that we’ll keep working on and try different methods in the future”. Of course multiple different qualifying sessions would have provided more footage for the streams, but Yamauchi acknowledges: “In a live event it’s difficult. I want to show everything, but that would make the live show 4-5 hours long!”

One of the hot favorites for the event, and indeed the overall winner, was Brazil’s Igor Fraga. Along with his Gran Turismo skills, Fraga stands out from the average gamer by being a professional racing driver; as we highlighted in our pre-event preview, he actually won the Light category in the Brazilian F3 championship this season.

Does that confer an advantage at an event like this? “I think probably in terms of technique and skill, they’re on the same level. The only difference might be that drivers who’ve driven real racing cars in real life might be a little bit stronger on the mental side,” says Yamauchi. “The drivers that have gathered here are all great drivers, it’s that last final bit where the mental part really counts.” 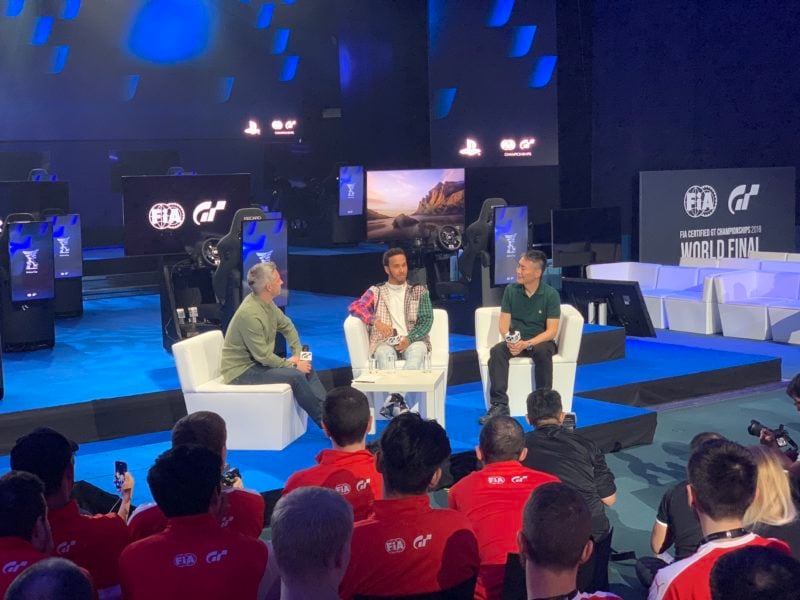 Speaking of real racing drivers, Lewis Hamilton was a surprise guest on the Friday. Hamilton is, of course, GT Sport’s “maestro”, guiding players through the tracks with a series of videos — of which we’ve only seen the first.

“If Lewis and his team hadn’t contacted us to start this project, I don’t think it would have happened. It really has a lot to do with luck; we didn’t know until he came to us that he played Gran Turismo a lot as a kid,” notes Yamauchi.

Long-term Gran Turismo fans will note that Hamilton is merely the latest celebrity driver involved in the game. Previous titles have included guidance and vehicles from Jeff Gordon, Sebastian Vettel and Sebastien Loeb. Could we see more famous drivers, perhaps from the GT and LMP cars so important to the game’s FIA events, lending their advice?

Yamauchi comments: “There’s no set plan for something like that. In the future there may be a driver who really loves Gran Turismo who becomes a famous GT car driver and successful, and maybe there’ll be an approach from them wanting to be involved in Gran Turismo somehow. That takes a lot of fate and luck!”

One name that immediately springs to mind is Jann Mardenborough. He started out as a gamer before winning GT Academy and moving into real racing cars. He recently scored his first Super GT podium, and could be an ideal candidate to go full circle and appear back in the game that started off his career.

“Anything’s possible,” jokes Yamauchi. “I think back in 2008 the real and the virtual were identified as separate worlds. Back then it was a fresh idea of breaking through from the virtual world into the real world. Ten years since then, thinking about it now, is there such a difference between real and virtual? It might not be the case. We might be living at a point in time where just because it’s real it might not be the best experience – it’s something I’ve been feeling recently.”

The curtain hadn’t yet come down on the racing at the event during our interview, and despite the remarkable setting we couldn’t resist asking how the online championships might get even better for 2019.

“I think that having done this year, we’ve got this far, but there’s so much more we can improve,” notes Yamauchi. “It’s like Gran Turismo — there’s lots and lots of small pieces to the puzzle and so many little things that we can improve. There’s things online and things in the live events. So we have this massive, massive to-do list that we need to check off one at a time. It just goes on forever!”