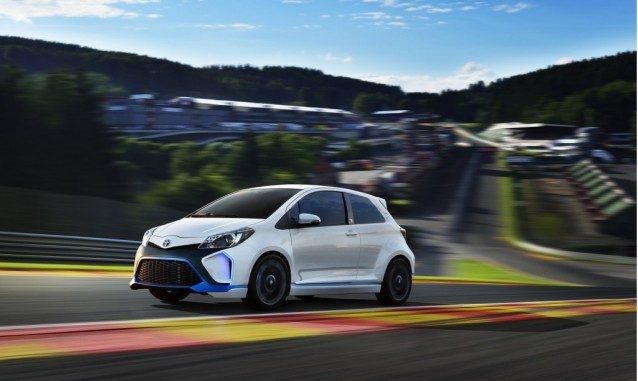 It’s been a while since we’ve heard about Gran Turismo’s GPS “Data Logger” functionality, formally revealed at a joint press event between Polyphony Digital and Toyota at Fuji Speedway almost exactly one year ago. 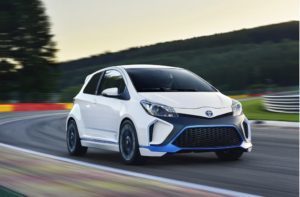 This feature, which collects GPS and telemetry data from a car driven in the real world and then re-creates it in the game, has reportedly been in development and testing since 2009.

It could finally be released to the public in GT6, according to a report from MotorAuthority on the new Toyota Yaris Hybrid-R Concept:

“Also borrowed from the GT 86 is the CAN-Gateway ECU system that allows drivers to download onto a USB or smartphone racing data collected while driving on the track. The driver can then transfer this to the upcoming Gran Turismo 6 Playstation video game. GPS data, longitudinal accelerations, steering angles, gear changes, engine speed, vehicle speed and even water temperature are used to reproduce a real lap of the track inside the game and which can then be played virtually.”

The report goes on to note the Yaris Hybrid-R takes the feature one-step further, allowing drivers to import their lap data from the game back to the real car, which will then analyze and determine the most efficient way to use the vehicle’s energy recovery system and traction control on the circuit in question.

Thanks to Dionisiy for the tip!

Kyle Patrick · Sep 5, 2013· Comments
Polyphony Digital has quietly reminded Gran Turismo fans of the upcoming 10-car pack for GT Sport. The hint doesn’t even come from within the game, but rather its predecessor, Gran Turismo 6.

Adam Ismail · Sep 5, 2013· Comments
Want to feel old? Nearly as much time passed between the first Gran Turismo and GT4 — about seven years — as between GT5 and GT Sport.

Kyle Patrick · Sep 5, 2013· Comments
A new batch of Seasonal Events has arrived in Gran Turismo 6, and players will have to tackle one of the most challenging circuits in the game.

Kyle Patrick · Sep 5, 2013· Comments
A new batch of Seasonal Events has arrived in Gran Turismo 6, and players will have to tackle one of the most challenging circuits in the game.

Kyle Patrick · Sep 5, 2013· Comments
May has begun. Sure enough, the beginning of the month has brought with it three new Seasonal Events for Gran Turismo 6.

Brendan Rorrison · Sep 5, 2013· Comments
Following up from the comparison to the original Project CARS, we now have some more footage directly looking at how GT Sport compares to its predecessor, Gran Turismo 6.