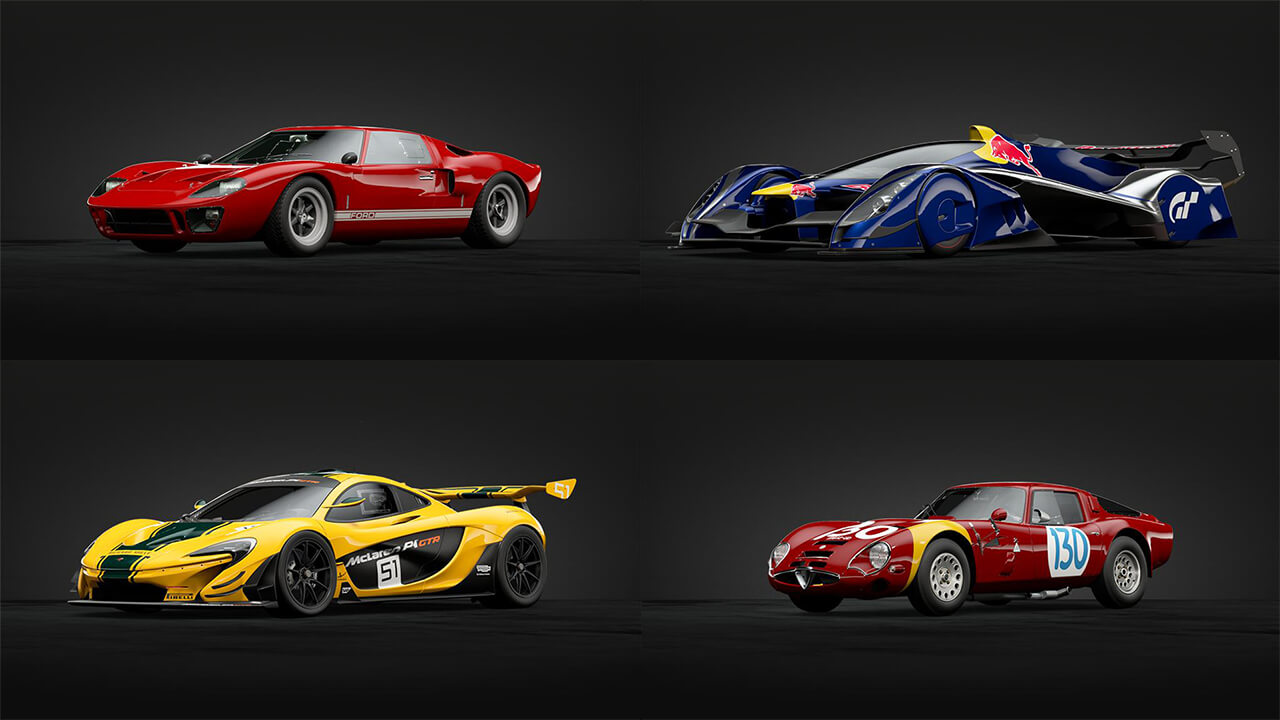 If you’re not into grinding for credits, we’ve got some good news. By raising the price cap for eligible cars, Polyphony Digital has expanded the number of available vehicles in the GT Sport PSN Store by seven. This will make 271 of the game’s 289 cars available to purchase with real money instead of in-game credits.

As of tomorrow’s update, which brings the Super Formula SF19 cars to the game, that price cap will move slightly higher. Although the game’s eight most expensive cars and vehicles from the Mileage Exchange are still off-limits, you’ll now be able to buy cars up to and including 10,000,000cr in value.

That adds seven new vehicles to the Store. They are:

Reflecting the sliding price scale of the existing cars, these also have a slight premium over their cheaper brethren. The Ford GT40 comes in at the same $2.99 price as the old maximum price. The Vulcan, Veneno, X2014 and P1 GTR are pricier, at $4.99. Most expensive are the Alfa Romeo and the DB3S, at $9.59 each.

This will enable players who haven’t yet picked up enough credits to buy the cars should they need to. That would have been particularly useful during a recent Exhibition event in the FIA-Certified Online Championships, which required the Aston Martin DB3S.

The cars are all available from both the local PlayStation Store and directly in-game via a separate button when buying a car from Brand Central. Players who don’t want to see this option can turn it off through the game’s Options menu.