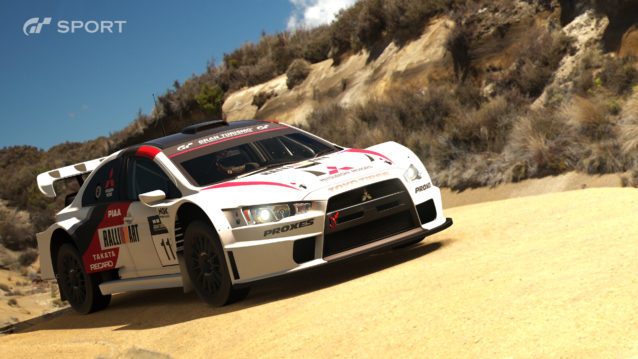 Last week offered quite an explosion of information on not just the PS4 Pro, but GT Sport. For the first time since the delay announcement at the end of summer, Polyphony was on hand at a demonstration of its upcoming game, sharing details on what’s achievable on the new, more powerful hardware. Chief amongst these revelations was our first look at VR in GT Sport, tempered by the news it would be limited to a dedicated “VR Tour Mode“.

Red Bull recently sat down with Kazunori Yamauchi to discuss Polyphony’s progress on the title. While it was announced months ago that GT Sport would not feature the dynamic time and weather found in the PS3 era, fans have been eager to see a race at night. It sounds like Red Bull has witnessed just that, utilizing the power of the Pro no less:

“The quality improvement brought about by the enrichment in brightness capacity are most obvious during night races when cars have their beams on full and there exists an incredibly high level of contrast between the headlights and darkness around them.”

Intriguingly, no night racing footage came out of the PS4 Pro London event. When could we be seeing it with our own eyes? Only Polyphony knows, but it’s unarguable that both HDR and the wide-gamut colour space the Pro offers should make for even more authentic-feeling visuals.

The interview also sheds light on one of the more confusing bits of information to make its way out of London. A few articles have made mention of Polyphony crafting its own camera to better capture HDR. As it turns out, the team needed to build the device to capture the amount of data needed to accurately recreate the assets in-game:

“When the team started to work on the game three years ago there didn’t exist HDR images, of track and backdrops etc, from which the designers could work from and so they had to come up with their own. As a result of this groundwork, however, Yamauchi is adamant that lessons have been learnt that will assist in the creation of all Gran Turismo releases from this point forward.”

Kazunori emphasizes the “future-proof” nature of the game, especially in terms of the high-nit limit the game’s engine supports (up to 10,000). No commercially-available TV on the market can hit that number, but Yamauchi states this is being done for the “HDR TVs that will come in the future.” Polyphony recently tackled the technical aspect of these new features in greater detail, which you can read about here.

Hopefully, Polyphony releases more information on night racing soon. We’d hate for this to end up as another Pikes-Peak-in-GT5 situation.

Hat tip to Samus for sharing the interview!