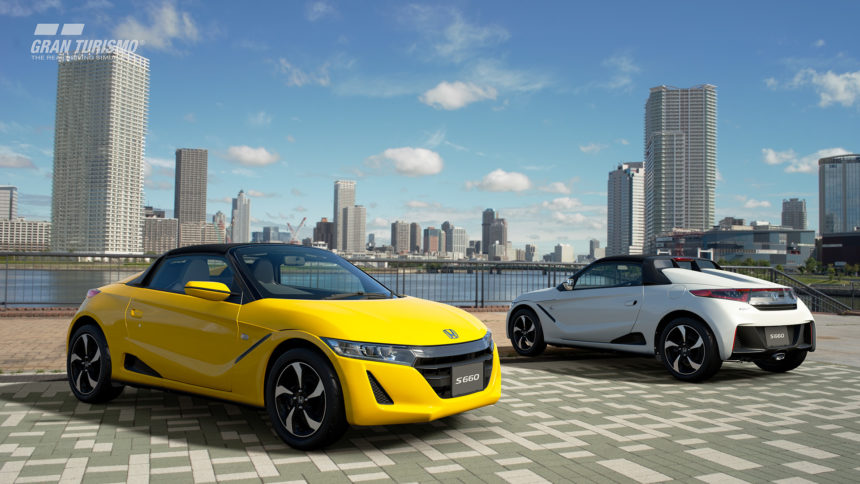 It’s fair to say that, given much earlier comments about open-wheel cars, the Mercedes-AMG F1 W08 came as a bit of a surprise. It wasn’t the biggest surprise though. No, that honor goes to the Honda S660.

You might not think that a modern kei car is all that unusual for a car in a Gran Turismo game. Indeed it came with its ancestor the Honda Beat, a stalwart of the game series. In fact it’s not the car that’s the surprise, but the source. It turns out that the car didn’t come entirely from Polyphony Digital…

According to a post on LinkedIn, the Honda S660 in GT Sport is actually the product of the Gran Turismo studio working with a computer graphic design outfit called ModelingCafe. This is a company which, as the name suggests, specializes in computer modelling and is based in Fukuoka, four miles from Polyphony Digital’s offices. It’s part of a group of companies dealing with art and design in games called CafeGroup.

“ModelingCafe was able to help with the modelling of the Honda S660 in Gran Turismo Sport. Although it was a very difficult project, it was successfully implemented in July’s update.

“With the consideration of our client, Polyphony Digital, we are able to disclose this situation. When you can disclose achievements like this in projects and work, it is truly a blessing to motivate the company and the staff, and it is really appreciated.

“We invite you to enjoy the S660 in Gran Turismo Sport.”

This is, as far as we are aware, a significant change in policy for Polyphony Digital. Over the course of the last 20 years, we’ve heard often about the time demands on the modelling staff. Even as recently as 12 months ago, before GT Sport‘s release, we heard that it takes PD six months to model one car. Each seems to be the responsibility of a single person in the modelling team.

That’s a lot of man-hours if GT Sport is to meet its eventual 500-car target. At time of writing the game stands at 238 cars, 70 more than at launch. That represents a rate of roughly four days per car, or just over three more years to reach that magic 500 mark. 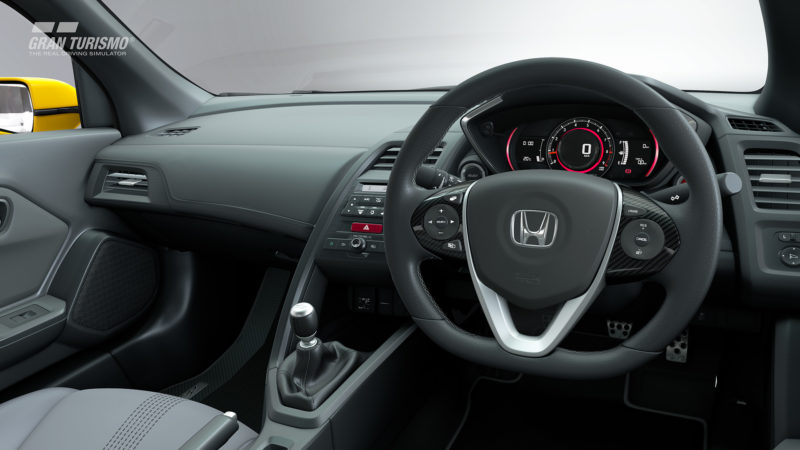 It stands to reason then that Polyphony Digital will need a lot of manpower on the modelling. Until now, to the best of our knowledge, it had always kept the process in-house and used its own staff. Employing an outside agency is a new move, but one which could see the pace of additional vehicles increasing. It may also increase the costs, potentially explaining the move back towards microtransactions.

We reached out to ModelingCafe for further comment. The team there would only tell us that any other information about its work with Polyphony Digital would be covered by a non-disclosure agreement (NDA).

How many of GT Sport‘s current car list are from companies like ModelingCafe? There’s no way to know right now.

Polyphony Digital
130 Comments Discuss this post in our forums...
Test Your Badge Knowledge With Our Car Logo Quiz

Gran Turismo 7 269 Feb 23 by Andrew Evans
Gran Turismo fans will have to wait a little longer to get their hands on the next full entry in the series, as Sony has revealed the game won’t make…

Gran Turismo Sport 1381 Feb 22 by Andrew Evans
A new set of GT Sport Daily Races has arrived, and the next seven days will put you in racing action at circuits — real and fictional — around Europe.…

Gran Turismo Sport 2288 Feb 18 by Andrew Evans
Updated February 20: Since we posted the details below, all corresponding information has been removed from the official Gran Turismo website. We’ll update this article with more information as we…

Gran Turismo Sport 1381 Feb 15 by Andrew Evans
The latest set of GT Sport Daily Races, running for the next seven days, will see you recreating the golden era of rally in a rather unusual event — as…

Gran Turismo Sport 2288 Feb 12 by Andrew Evans
Polyphony Digital has released more information on the scheduling for the 2021 season of the Gran Turismo FIA Online Championship. Although we don’t have a full race calendar yet —…