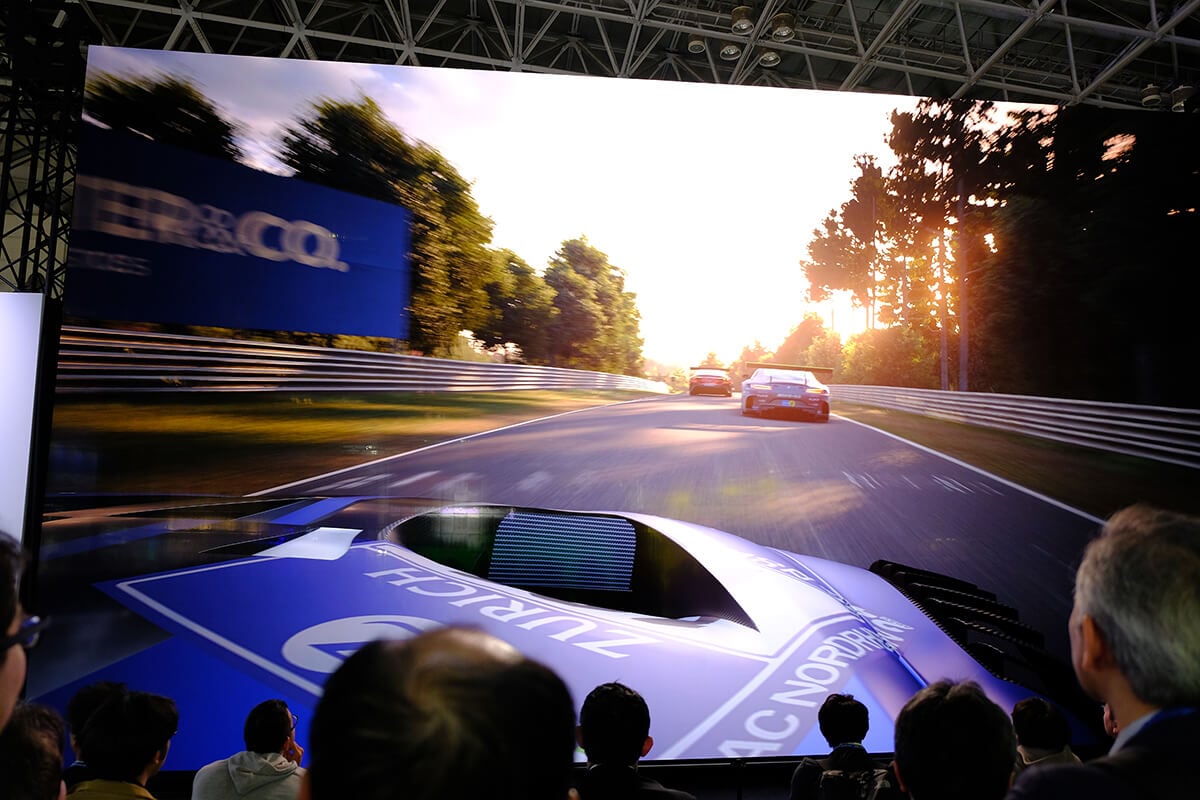 While most of the attention of Gran Turismo fans was focused on the FIA-certified GT Championship World Finals in Monaco last week, something interesting was quietly being shown off on the other side of the world at “InterBEE 2018” in Tokyo.

InterBEE, or the “International Broadcast Equipment Exhibition”, is like the Consumer Electronics Show on steroids: as the name implies, it focuses on professional equipment used in the video production industry.

Sony, of course, was there in full force, and showed off their ultra-high-end “Crystal LED Display System”, also known as CLEDIS. The massive 440-inch screen has a near-180 degree viewing angle and displays 8K video at 120FPS.

While Gran Turismo was obviously not the focus at such an event, Polyphony Digital has long been known for pushing the boundaries of display and imaging technology, and they snuck in some absolutely ridiculous-looking Gran Turismo footage into the CLEDIS demo reel.

In terms of content, the footage appears to be from GT Sport, but that’s where the similarities end.

GT Sport, of course, cannot run in 8K or 120 frames-per-second on any currently known hardware (though the intro video was shown in 8K at CES earlier this year), but there seems to be more happening, too. Even from the shaky cell-phone captures — the only thing we have from the event — there is an added depth to textures, and the lighting appears to be taken to new levels as well. 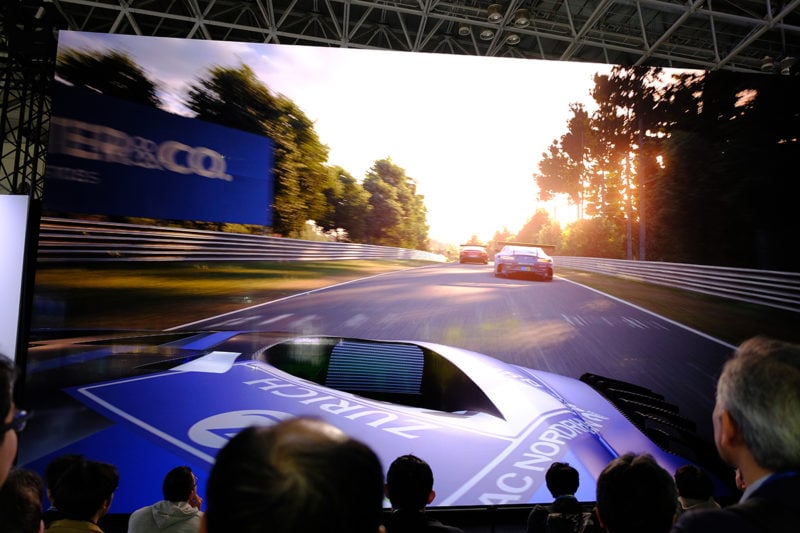 Attendees at the event grabbed a few photos and videos which quickly made their way into our forums via GTPlanet user queleuleu. This video from @o_ob on Twitter offers one of the most striking examples:

You can also see more game footage running in the background during this interview (thanks again to queleuleu):

The obvious speculation is that in an effort to show off Sony’s new display technology, Polyphony Digital quietly revealed a look at GT Sport’s game engine rendered on next-gen PlayStation hardware. Of course, it’s not gameplay, so the footage could also simply be pre-rendered on high-end PCs. Only Polyphony Digital and Sony could answer this question, and there’s zero chance either one is willing to talk about it.

Regardless, it does offer us a small, tantalizing preview of what Gran Turismo games could look like in the future.

Kazunori Yamauchi told us last year that GT Sport’s “Super Premium” car models were “over-specced”, and were constructed with the next PlayStation console in mind. The Internet has also been bubbling with PS5 rumors this year, thanks to a touch-screen patent and AMD hardware rumblings. Sony’s industry-shaking announcement that they’re pulling out of E3 next year only added fuel to the fire…