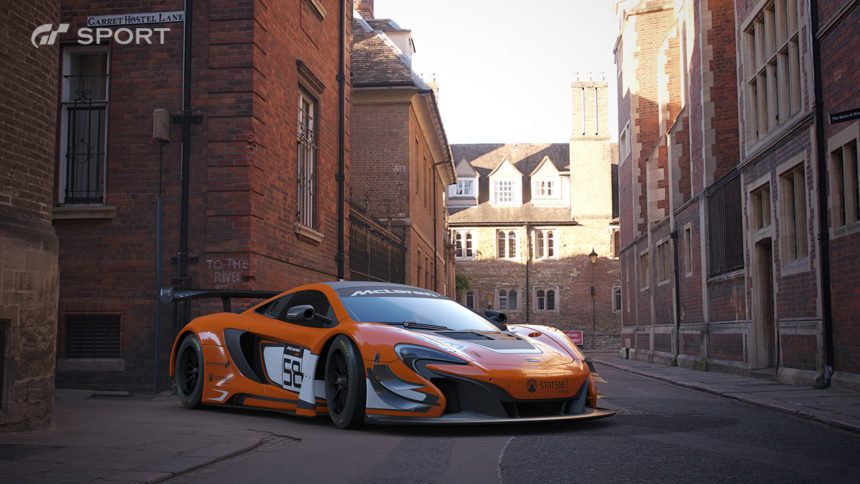 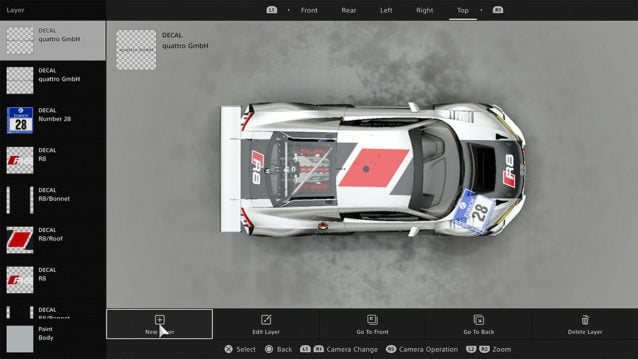 Easily one of the most surprising features unveiled for GT Sport last month, a livery editor has finally arrived in the franchise. As a highly-requested feature, players were eager to dive into the editor at the Copper Box, but found everything bar the basic top menu locked out for public use. While we got a quick peak at the feature in action in the latest trailer, it raised as many questions as it answered. When asked about the level of control players will have in the livery editor, Kazunori Yamauchi had this to say:

“There will be two steps in that, where the first step is really a system by which you can take stickers from a sticker library, and project them onto the cars, and then the next step beyond that is being able to design those stickers yourself. So it’ll consist of those two separate tools.”

Depending on what tools are available for players to create these custom stickers, the livery editor could prove to be a huge boon to designers, as well as those that run dedicated racing leagues. The trailer showcased the recreation of an Audi R8 already present in the game, with elements of its design able to be selected individually and modified. This suggests that players can tailor an existing car to their own preferences – different number plate, different drivers listed – while still keeping an established overall design.

The livery editor certainly looks like it will cover almost all aspects of the car too – not just the bodywork, but wheels and windshield banners – if this menu screen is any indication: 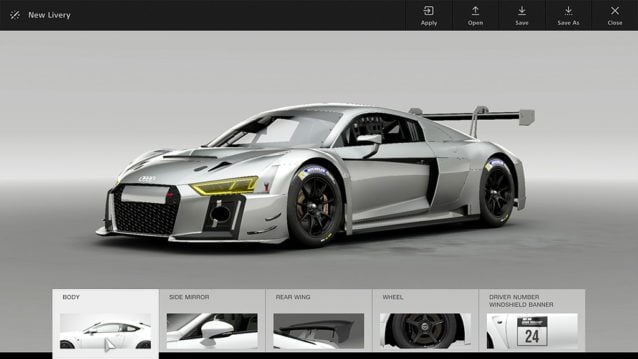 Our man Jordan noticed that helmets and race suits featured prominently in menus of GT Sport, both of which saw growth during the PS3 era. When asked, Yamauchi confirmed that those too will be customizable, though didn’t expand on how deep that aspect of personalization will go.

Livery designing can become a game within itself. Titles like Need For Speed and Forza have fostered communities around the creative talents, in some cases tying designs to the in-game economy, providing players with an additional credit stream. We’re anxious to find out how Polyphony have tied this feature to the more social aspects of the game.

Who knows, we might be able to recreate some of these old Gran Turismo designs… 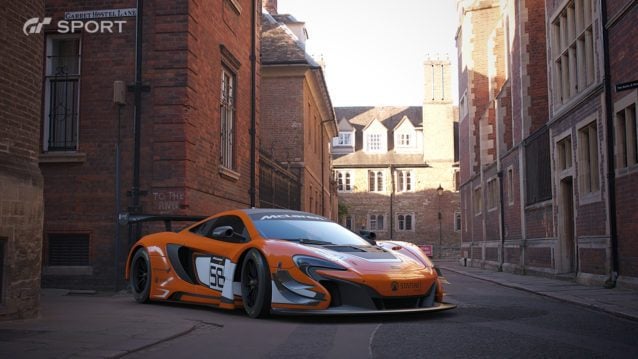 Finally, Kazunori also had some information on the Photomode aspect of GT Sport. The good news is that the traditional on-track Photomode (Race Photo Mode) will return, as expected. The bad news relates to the new Scapes feature. With over 1000 locations apparently set for inclusion, there were bound to be limitations, and our active Photomode community voiced concerns over limited camera movement. “The camera itself, you can pan or tilt,” Kazunori said, “but you can’t really move the camera.” Unfortunate, but expected given the massive number of locations on offer.

That concludes all of the coverage relating to our London Q&A session with Kazunori. If you missed anything, here’s the full run-down:

We’ll be keeping an eye out for any new information that comes out of Japan this weekend at the dedicated GT Sport event in Tokyo.

Livery EditorPhotomodeScapes
The original comments for this post are no longer available.
GT Sport Circuits Quiz: Can You Spot the DLC Track From These Detail Shots?

Gran Turismo Sport 2038 Feb 17 by Andrew Evans
GT Sport‘s first World Tour event of the year is still fresh in our minds, but already it’s time to prepare for the next stage. The Pre-Season for 2020 FIA…