The FIA-certified Gran Turismo Championship is back! The next World Tour event is happening at the Nurburgring this weekend alongside the circuit’s own infamous 24-hour endurance race.

The 2019 season kicked off at a special live event in Paris last March, making plenty of news on its own. The GR Supra Cup was announced, we learned that Kazunori Yamauchi plans to continue with GT Sport‘s free updates, and we discovered the next Gran Turismo will feature more “offline” gameplay.

There was great racing, too, with plenty of now-familiar faces battling on track. A lot has happened in the months since Paris, though. Let’s take a closer look at the big storylines as we head into this next event.

First glimpse of rain in #GTSport! Be sure to tune in to the #FIAGTC live streams from here at the Nurburgring this weeekend for a better look, with a few more surprises to come, too… pic.twitter.com/VZ18DhYeeX

Rain in the forecast

As you probably read in our previous report, we were expecting to see more wet-weather tracks for the first time during the Nurburgring World Tour live streams. And sure enough, the rain greeted us almost as soon as arrived.

The information leaked in our forums and across social media last week, but it’s actually not too much of a surprise. Kazunori Yamauchi told us more rain  would be coming to tracks in the game all the way back in 2017 at the GT Sport launch event, and these FIA events have frequently been used to show off new content, so the time is ripe for the reveal.

It also gives fans yet another reason to tune into the World Tour live stream broadcasts, but there is going to be plenty of “human drama” — as Yamauchi-san himself likes to put it — for viewers to enjoy, too… 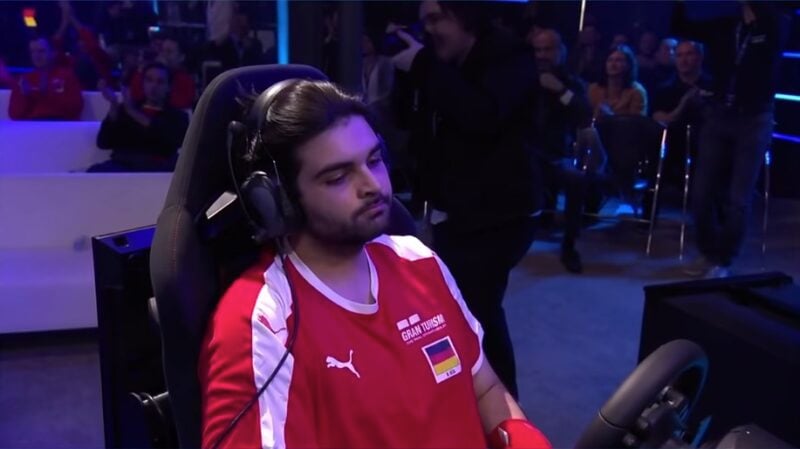 Can Mikail Hizal bounce back?

It is no secret that Mikail Hizal is one of the fastest Gran Turismo players in the world. His username, TRL_LIGHTNING, has appeared at the top of the games’ leaderboards for years, and he cemented his reputation with a strong performance at the European Regional Finals in Madrid last year.

Since then, however, the charismatic cookie-eater (he loves cookies) has come just short of the top step on the podium at these live events. At the 2018 World Finals in Monaco, he came second to Igor Fraga in the Nations Cup Final. In Paris, he came second to Nico Rubilar, losing his chance to secure an early invitation to the 2019 World Finals.

Hizal was visibly upset with himself on the podium in Paris. He desperately wanted to qualify for the World Finals so he could focus on his studies throughout the summer, but it was not meant to be.

He now comes to the Nurburgring — in his home country of Germany — heavily motivated to win and punch his ticket to the finals. With so much on the line for Hizal this early in the season, expect to see a fierce performance from one of the best in the world. 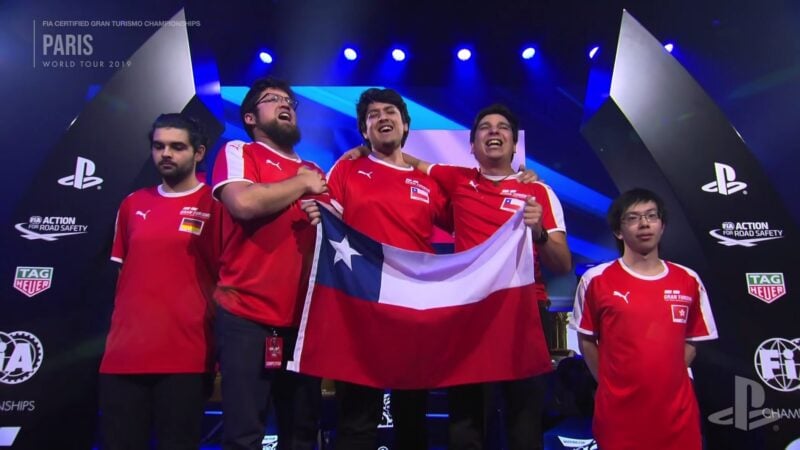 Will South America continue to dominate?

As you may have noticed, the only drivers who have defeated Mikail Hizal at a live event have one thing in common: they are both from South America.

Fraga put on a blistering performance on his way to becoming the inaugural World Champion in Monaco last year. In Paris, Nico Rubilar took full advantage of a small error by Hizal, scoring a hard-fought victory with fast, consistent driving.

Both Fraga and Rubilar will return to compete at the Nurburgring, and they’ll be joined by Fabian Portilla — another fast South American driver from Chile — who will be hungry to score a victory of his own.

With such a strong track record at live events, the South Americans have a chance to assert their Nations Cup dominance at the Nurburgring. 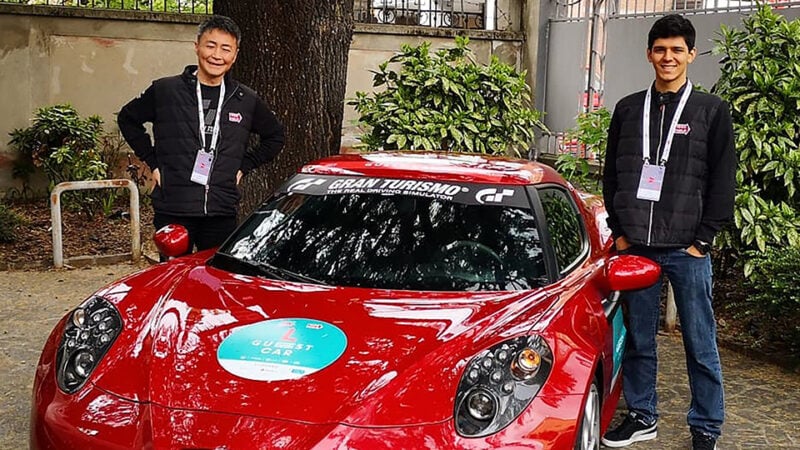 Can Igor Fraga overcome the distractions?

Since taking the 2018 World Championship in Monaco last year, life has been a whirlwind for Igor Fraga. He picked up a fancy trophy at the FIA Prize Gala in St. Petersburg, Russia, he won the McLaren Shadow competition and has joined the company’s esports development program, he has continued his real-world racing career in Formula 3, and participated in the Mille Miglia last month with Kazunori Yamauchi.

After winning the Nations Cup at both the Americas Regional Finals and World Finals last year, many expected Fraga to dominate at the opening World Tour event in Paris, but that didn’t happen.

Instead, Fraga made an uncharacteristic error in the pits during his first semi-final race, requiring him to make an extra stop. The mistake dropped him out of automatic qualification for the final, sending the reigning World Champion into a wild, off-road repechage race. He won that to qualify for the final, but ultimately finished 7th, far off the podium.

Have the real-world distractions knocked the 2018 champion off his game, or will he return to the World Tour stage to get back on top? 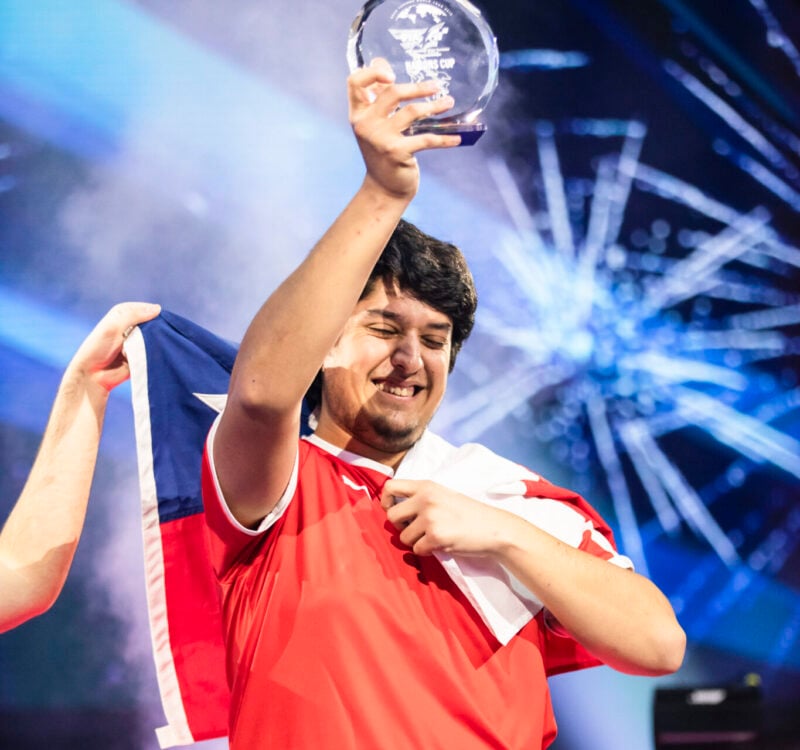 What if Nico Rubilar wins again?

As mentioned, Nicolas Rubilar capitalized on a mistake by Hizal to win the opening World Tour event in Paris. With that victory, Rubilar secured a spot at the World Finals. If he wanted, he could relax for the rest of the year — but he’s not doing that: Rubilar will be back at the Nurburgring.

We know he is capable of winning, but without the same motivation, how hard will he push? If he does win — knocking someone else out of qualifying for the World Finals — we could see even more drama on the podium in Germany.

Watch out for the rookies?

Expect to see many fresh faces at the Nurburgring, especially in the Manufacturers Series. 15 of the 36 Manufacturers drivers will be competing in their first live Gran Turismo event.

Rookie drivers will be the majority on four teams, including BMW, Jaguar, Chevrolet, and Ford. For Volkswagen, all three of their drivers will be new. In the Nations Cup, Beauvois (TRL_TSUTSU) of France, Maraglino (pirata666pirata) of Italy, and Rick Kevelham (rick-918-bmx) of the Netherlands are competing for the first time.

Last year, everyone was new to live Gran Turismo events and was more or less on an equal playing field. For this second year, the line between “rookies” and “veterans” is more clearly defined. How much of an advantage will experience bring? The Nurburgring World Tour event is one of our first opportunities to find out. 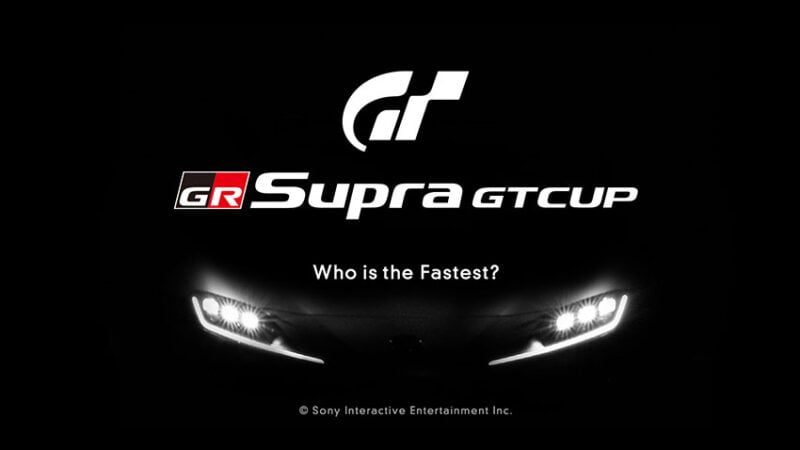 Several of the drivers in the Nations and Manufacturers races will also be competing in the first live event for the Toyota GR Supra Cup.

The GR Cup is a separate competition that was announced in Paris which runs alongside the FIA GTC World Tour events. The Nurburgring exhibition race will be broadcast live this weekend, so be sure to tune in — especially if you’re a fan of spec racing. 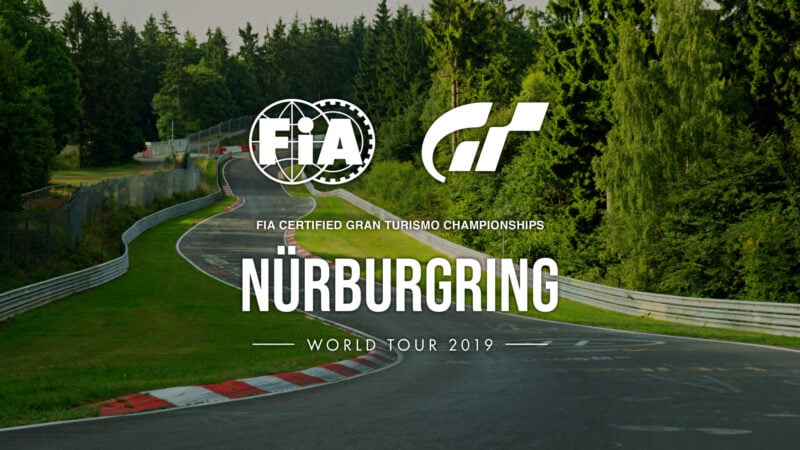 When and where to watch?

You can watch the Nurburgring World Tour live on the official Gran Turismo TV YouTube page. As always, we will publish a new post with links to all the live streams when the time comes.

For more specific information about the format and the competitors, check out Polyphony Digital’s special web page for the event.

GTPlanet will be on the ground at the Nurburgring, so stay tuned for more exclusive coverage and behind-the-scenes action on our Facebook page, Twitter feed, and Instagram. For now, here’s the official live stream schedule to plan your viewing:

FIA Online ChampionshipWorld Tour
18 Comments Discuss this post in our forums...
Can You Beat the Impossible Gran Turismo Quiz?

Gran Turismo Sport 200 Jan 9 by Andrew Evans
The latest game update for GT Sport has arrived right on schedule. It’s a relatively compact file this time round, coming in at just 156MB, which is somewhat of a…

Gran Turismo Sport 200 Jan 6 by Andrew Evans
Almost 98.4% of our 2020 calendar remains unticked, but it’s already time for Polyphony Digital to start delivering updates to GT Sport this year. A new post on the game’s…