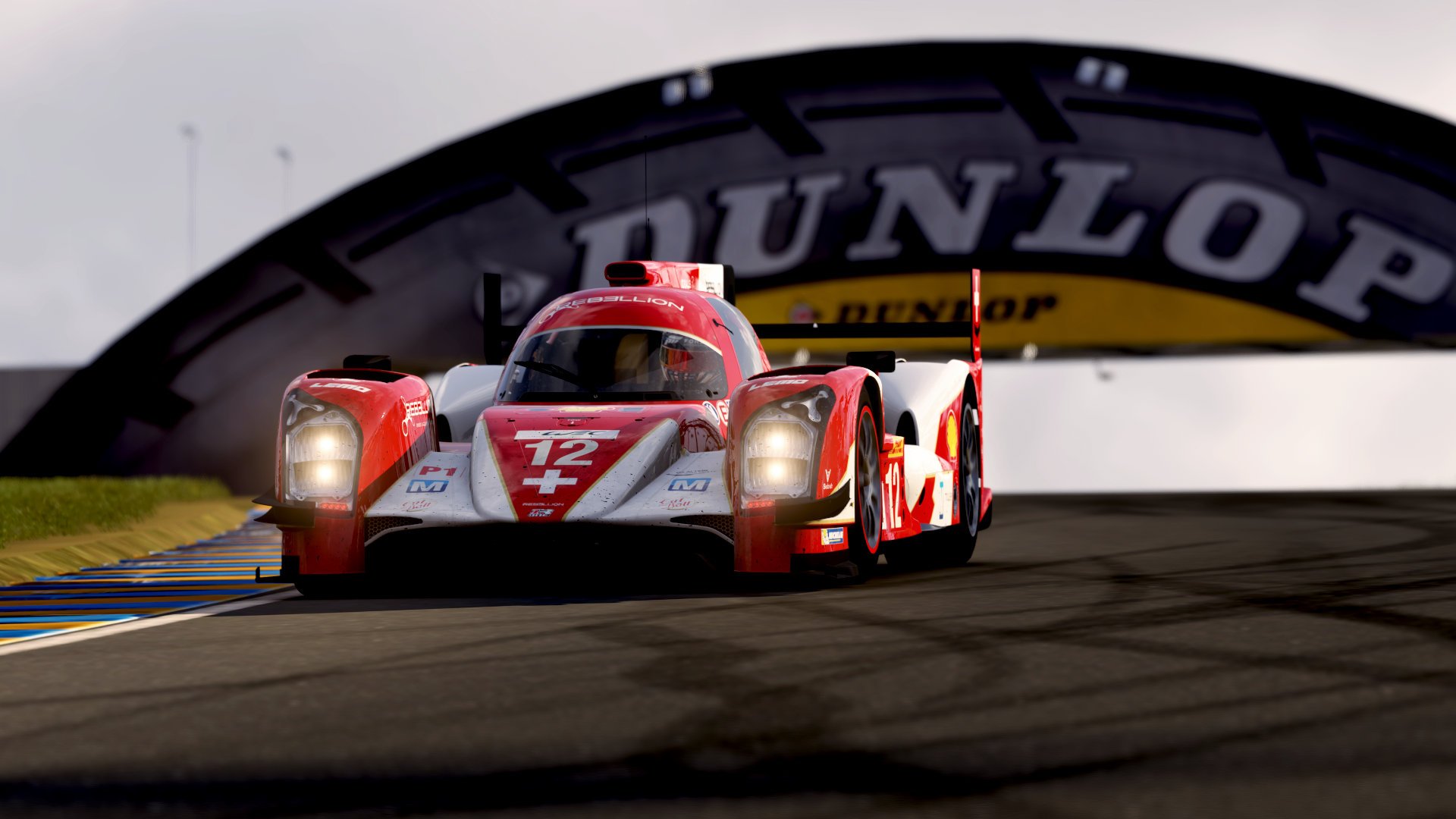 This year’s E3 may have come to a close but the event is still fresh in our minds. This year’s expo proved one thing: the remainder of 2017 is going to be expensive. There are multiple hard-hitting racing titles, all releasing within earshot of the other. Then there’s the new kid on the block, the Xbox One X.

Racing games are only one half of this expensive equation. Expanding to other games and genres drives the point home fourfold. Naturally, we’re still recovering from the hustle and bustle; getting everything back where it belongs to bring you our impressions from the showroom floor.

That’s to say nothing of the handful of titles waiting for their time in the spotlight early next year. While there’s plenty of time to prepare for them, knowing they’re coming doesn’t ease the anxiety. With such an adventurous remainder of the year before us, let’s recap some of the interesting things from this week. 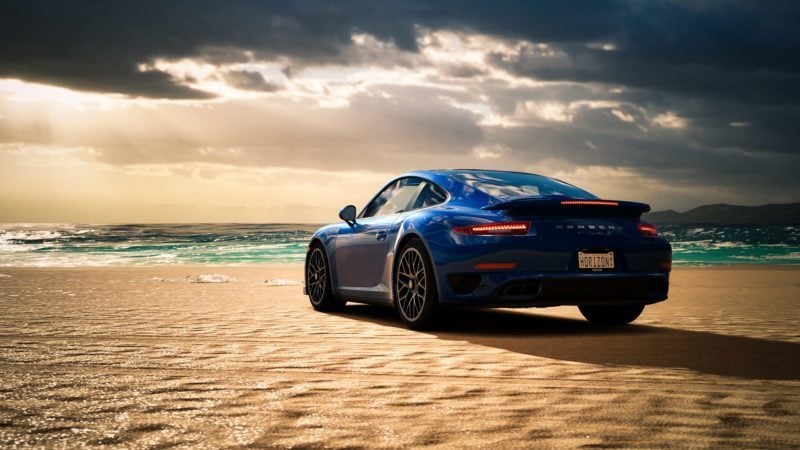 This week’s featured image comes to us courtesy of Spark_GTP. We’ve said it about a million times since, but Porsche has steadily taken over the racing game world. Pictured above is the photogenic 911 Turbo S standing on the beaches of the Outback.

Getting Our Hands on This Year’s Racing Games at E3

Our experience at E3 continues to spill over into what little remains of June. With so much content to digest it’s easy to miss out a few things here and there. We did however get our hands on a few of this year’s anticipated racing games.

Naturally, that list includes the likes of GT Sport, Forza 7, PCARS 2, and WRC 7. A little bit of something for everyone there.

To summarize: WRC 7 is an impressive entry from Kylotonn, feeling very responsive on both pad and wheel setups. PCARS 2 has progressed beyond its 2015 inauguration; we’re particularly interested in the living, breathing LiveTrack 3.0.

PlayStation VR takes Gran Turismo Sport to all-new heights, which bodes well for the impressive rally mode. While not as visually impressive as GT Sport, Forza Motorsport 7 brings its own style to the table. And did we mention there are trucks?

Our detailed hands-on impressions for each game can be found below: 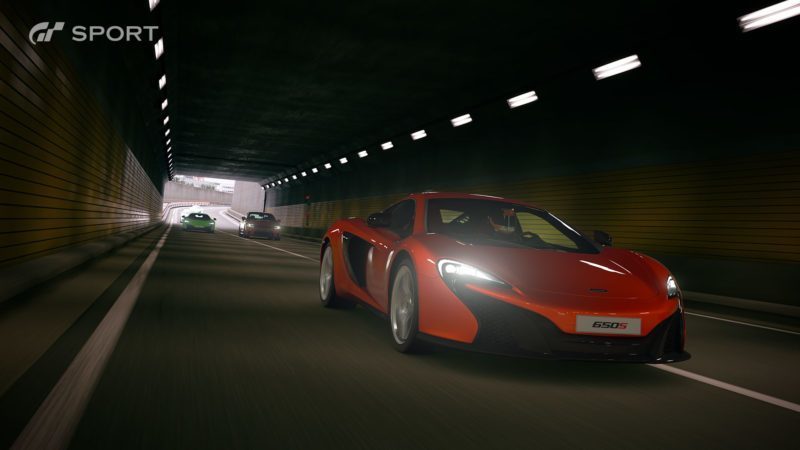 GT Sport had a fair amount of time in the spotlight at this year’s E3. Polyphony Digital showed fans of the series an all-new trailer and, even better, delivering a release timeframe of this fall.

For many, “fall 2017” is about as vague as it gets; nothing to really sink your teeth into. As if hearing the outcry, PlayStation let slip that November 16 may be the date we’re all waiting for.

Revealed in the latest issue of PlayStation Official Magazine UK, the leaked date saw correction on Twitter. Now referencing the still vague “fall 2017” announcement, it leaves one to wonder whether or not the date is genuine.

Have a look at the original news item here for more. 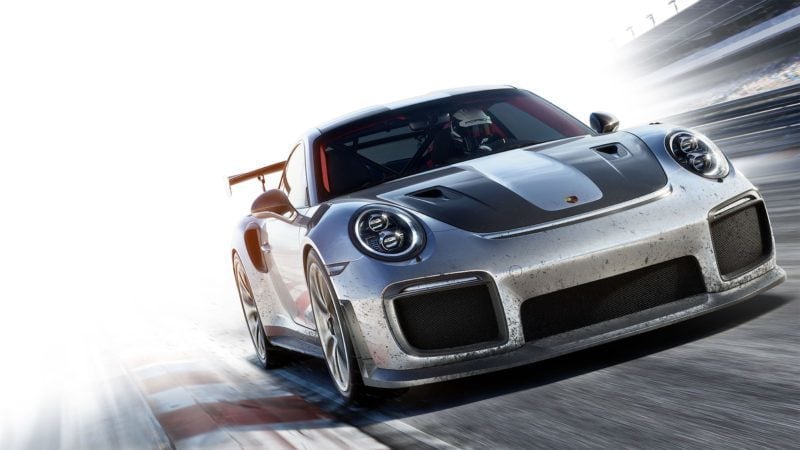 Forza Motorsport 7 Weighs in at a Monstrous 100GB

The new benchmark of the seventh generation, 4K resolution gaming is quickly making its mark on consoles. While that may sound promising there’s a caveat: storage space.

No game drives that point home more than the upcoming Forza Motorsport 7. Headed to Xbox One and PC players this October, the Windows Store suggests 100GB of hard drive space is necessary. That’s a whopper of a requirement, no doubt tied to the game’s 4K assets.

Perhaps this offers insight into the storage requirements of the next generation. With 4K looking to become the “next big thing” in gaming, hard drive space requirements are going to balloon. As flexible it may be, an external drive is not an elegant solution. Our prediction lies somewhere in the ballpark of five, maybe even ten terabyte drives becoming the new standard.

Vehicle of the Week

We’re going to need a moment here, but is that a Formula-spec machine designed for hillclimbing? If this is somehow made into a televised event we’ll be there with popcorn (and earplugs) in-hand.

Aside from the unique hillclimber, there are number of vehicles making joyous noises. The Escort Cosworth shares a particular symphony of crackles and pops that’s music to our ears.

And let’s be honest, who doesn’t enjoy the sights and sounds of an assortment of vehicles?

The E3 hangover is slowly coming to an end. As we get our heads back on straight there’s plenty more coming your way. We’re already looking forward to next year’s event with bated breath. Without overselling things too much, what a time to be a gamer.

Now if you’ll excuse us, we’re going to read the last rites to our wallets (and bank accounts).

Until next week, keep racing! Trucks.

Jordan Greer · Jun 23, 2017· Comments
At the recent Gran Turismo World Series Finals in Monaco, I had the chance to be one of the first humans to race against Gran Turismo Sophy, the radical new artificial intelligence system developed by Polyphony Digital and Sony AI.

Andrew Evans · Jun 23, 2017· Comments
The newest Gran Turismo 7 Daily Races are now available, giving players some fresh challenges to occupy them for the next seven days.

Andrew Evans · Jun 23, 2017· Comments
The latest Forza Horizon streams have revealed what players will be getting up to over the next couple of months, with the new Series themes, activities, and rewards for Series 15 and Series 16.

Gary Slater · Jun 23, 2017· Comments
As 2022 begins to enter the closing stages, Forza Horizon 4 welcomes December with an apt Winter season. With festive plans beginning to take shape, players are continuing to hunt down the latest events.

Andrew Evans · Jun 23, 2017· Comments
The final set of Forza Horizon 5 seasonal playlist challenges for the current Series is available from today, with seven more days to get through the donut-based activities.

Andrew Evans · Jun 23, 2017· Comments
The latest seasonal preview for Forza Horizon 5 will stream later today, Thursday December 1, revealing what new content, challenge, accolades, events, and world changes are coming up for players over the next couple of month.