Banner by slzk
[Subscribe]​
​
What is LEGEND OF THE STREETS?
Legend of the Streets is inspired by Initial D Arcade Stage and adopts the name and some concepts from the game. Here, you can register yourself as a 'Rival' to compete with other players to become the Legend. You get to pick one car for one season and battle it out with other players. You'll find a Rivals List which you can choose from and compete with them on the Touge. All the wins and loses will reported by both rivals back here to ensure that the reports line up before going into the score calculation. And you can check your progress on the Leaderboard. You can sign up and compete in the current event listed in Post #2.

LOTS Features
The main feature of LotS is that you can do an official battle anytime. You don't have to wait for a host or organiser. Using the PSN Network Friends List, if you see a listed rival online, you can send a challenge to them and request an official battle. Alternatively, you can arrange your battles on this thread. Once the battle is accepted and the battle is over, you'll post your results here and the results will be used to calculate your experience points/scores.

- Street racing RPG
- A leveling system for drivers
- Formulated Experience points system
- Two Player Rival Battle
- Player Driven Rating System
- Battle whenever, don't have to wait for the event organisers
- Street Tyres (Sports Hard)
- Tyre wear management
- Full Damage
- No Driving Line
- Balancing using PP (In the future)​
LOTS League Organising Team Squad
These are the people has made LotS possible, without them, LotS won't be what it is today.
If you have any questions or need some help, these are the people to look for.

I'm in the process of collecting Player Profiles. Click Here to see what I mean.​
LotS Regulars Usual Online Time​
LOTS Calendar
This is the schedule of the current, future and past events in Legend of the Streets.
See post #2 for the current event details. 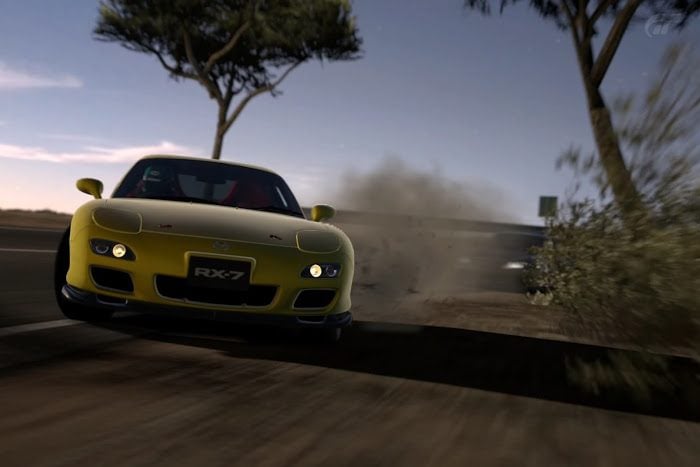 One Player can only have one registered car per-class
The car's PP is fixed for the season
Selected car must be a road legal car
No RM / Race / Rally / Concept Cars / Tuner Cars
You cannot change Cars & PP after you registered IMPORTANT!!​
Tuning & Parts Restrictions
Up to 480PP
- No Tuner Cars
Click Here For Car & Colour List
Get Your Car Number HERE (Max #38)
Car Numbers Taken

> RESULTS SUBMISSION <
Post your results using the format below on this thread.

Grab a race count down timer

Room will be up about 1 hour before race time.

Project D by xXHannibaal​
Experience LOTS
Our room is open to everyone and anyone is free to run the courses hosted. There isn't much room restrictions until registered players want to have an official battle. You're more than welcome to come and cruise and maybe even watch some exciting official battles.

Legend of the Streets accept players of all kinds of skills. The easiest and fastest way to learn about LotS is to join a LotS room. The best way to find a LotS room is to search for rooms under "Toscana (Tarmac)" or "Eifel (Circuit)" and looking for the keyword LotS. The room restricions is limited to Sports Hard Tyres. That's where you will find LotS players. Once you join the room, you'll be able to mingle with the LotS players and the LotS Regulars will be able to help you out in the room if you have any questions.

Side Challenges
The side challenges spices up the touge and car selections by introducing theme based events.

Cat and Mouse Sudden Death (CMSD)
CMSD is a rolling start race where one rival will lead and the second rival will chase. Before starting the race, the two rivals must decide firstly the Gap and then who will lead/chase. The Gap will determine the distance needed for the player to win when leading. To win the Leader must increase the gap between him and the chaser above the specified Gap. If the leader fails to do so, the two rivals will swap places and go into round 2. The chaser can win if the chaser overtakes the leader and maintains his lead until the finish line.

Grip Gambler (GG)
GG is a standing start race where two rivals will line up side by side and launch the race with a countdown. The player who crosses the finish line first wins. A countdown "Ghost" is prefered in this mode.

LOTS Results and Points
Legend of the Streets uses a point system to keep track of a rival's progress. Points are awarded after you have raced another player officially and reported back on this thread. Points are awarded even if you didn't win the race.


Submitting Results
Once the battle has finished, one of the rivals will have to post the results on this thread. It's the job of the other rival to check and confirm the results posted. You can only battle the same rival in the same class catergory once a week.​
LOTS Advance Modes

Multiple Battles
- At least one LotS rival will have to sit out in the race and calculate the gap.
- The Higher Tier Classes will go first followed by faster driver groups.
- The second group will race 30 seconds after the first group has gone.

Traffic Mode
- Only available in Toscana (Tarmac) courses.
- Other players in the room serve as traffic on the road.
- Road direction is keep left.
- The speed limit is 120km/h.
- The traffic can choose either forward or reverse direction.
- If any of the two racing rivals cause damage to the traffic, they automatically lose.

Grip Gambler + U-Turn
- The U-Turn is done at the end of the lap.
- To successfully turn the U-Turn, you must be on Lap 2.
- The general turning direction is from left to right.
- The player at the back is responsible to not cause a crash.

Track Practice/Warm Up
- Any registered rivals can get onto the track for practice when official battles happening.
- This is available for standard battle modes only.
- No track practice official battles are running traffic mode or GGU.
- The rivals starts practicing after 30 sec of the last group battling.
- People practicing should do their best not to interfere with the official battles.​
LOTS Tuning Garage
Here at LotS, tuning is a very big part of the game. We have a couple of garages which supports LotS in GTPlanet. You can get assistance from them if you need any help. 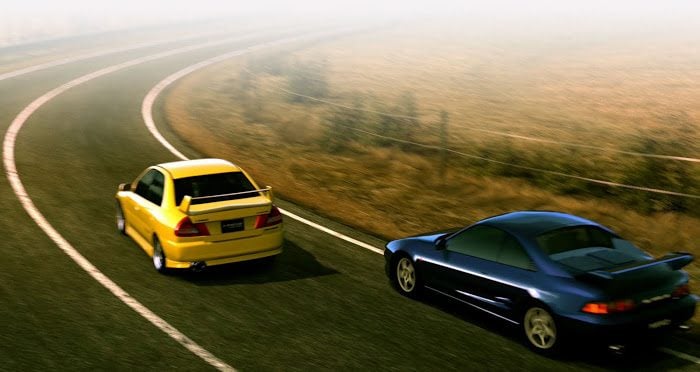 Nightingale__ vs GTP_TimberW
by mopar-440​
PAST SEASONS & EVENTS

Awards
Legend of the Streets - MONSTAR-1

Banner by Wardez​
LOTS Gameplay
Here at Legend of the Streets, we try to emulate Touge Street Racing based on Initial D. LotS takes Sports Hard Tyres to be the high possible road legal tyre you can get in GT5. We also explore creative ways to use different features in GT5. We also take various concepts from other leagues and integrate it into LotS.


Some features that about LotS
- Exposure to your own custom maps (LotS uses custom maps only).
- Making use of a proper Handbrake Turning (Seen in GGU).
- Drag Launch (Seen in GG battles).
- Integrating Road Laws Concept (Seen in Traffic Mode).

Some Funny and Interesting Facts about LotS
- LotS won't earn you any experience or credits.
- Your cars don't accumulate distance travelled in LotS.​
LOTS & GT5 Updates 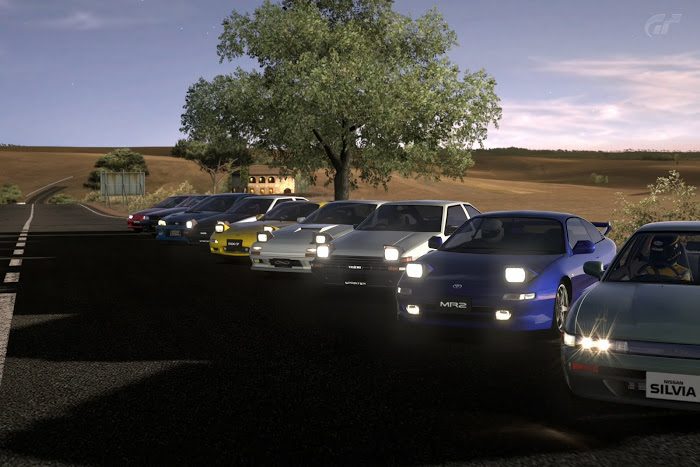 There is no Drivetrain restrictions.

We'll be running a preliminary season first. Due to the performance of different drivetrains and PP. Additional restrictions may apply.

If FR prove to be superior to everything else by a large margin at 500PP, the PP cap for the FR cars maybe lowered, eg. To 480PP

Question: Why limit the engine power to 90%, just wondering about this out of curiousity.

Nonetheless, I'll post again about my vehicle when I find one.

Stavingo
Question: Why limit the engine power to 90%, just wondering about this out of curiousity.

This is to prevent people from putting on all the upgrades and pulling down the PP using the power limiter till 50%. So that's the main reason. I think limiting it to 90% gives enough room for different cars to compete together.

Fair enough, but what about cars that are tuned but cannot reach it's PP limit, then can they use 100% or does it apply to all cars?

What are the rules on downforce? I want to keep the street look of my r32 but a spoiler would help lap times...

Stavingo
Fair enough, but what about cars that are tuned but cannot reach it's PP limit, then can they use 100% or does it apply to all cars?
Click to expand...


Knight Spirit
What are the rules on downforce? I want to keep the street look of my r32 but a spoiler would help lap times...
Click to expand...

No rules on downforce, as long as within the PP limit

Take note that colour is now needed as part of the vehicle registration.

The TBA is one of the fasts cars on the touge.

which skyline is it? can you get the full name from mygranturismo.net

I feel like joining, I'm just not sure about which car to use.

Just to let you know I rarely limit my cars below 90% I dont like the idea of Limiting the car's power. lol

alvin23a I challenge you to a battle!

driftking18594
I feel like joining, I'm just not sure about which car to use.
Click to expand...

Jackthalad
When do you think the Season will start?
Click to expand...

The pre-season will start once we get 10 rivals. I realise that there are still a few things to iron out before the start of the season. Another way is to implement the ideas on the next season. The pre-season should last at most 4 weeks.

Depending on the response, it will then determine the length of the season 1. Things may go faster or slower. All depends.

I'm hoping for this to catch on!
It should be he'll fun

Have you thought up if a method for track selection?
I have an idea that could work:

Each 'rival' should have his home track/touge shared in his/her tracks, allowing other rivals to try it out.

The challenging player will have to 'travel' to his opponent's home turf for the battle. So basicaly if someone were to challenge me, I would host the battle on my home turf, if I challenge another rival first, then they host on their mountain.

Yes, i thought of something like that. Every listed rival would have to share their course. So whoever wants to challenge the rival can download his course first and practice on it.

However, ultimately, it'll be decided by the two rivals. Just as long as the course can be publicly accessible.

I also won't restrict rivals to adopt other people's course as their home course as making good touge maps is really an art and requires lots of tinkering.

Jackthalad
alvin23a I challenge you to a battle!
Click to expand...

Because you are challenging me we will race on my home touge. Send me a FR so you can download the course.

this sounds fun. i should build a car.